If you don’t like the weather…just wait a while!

Yes, there was competitive racing throughout the week, but the weather was the major factor influencing the 124th Larchmont Race Week.

The western end of Long Island Sound confirmed the reputation of being a light-air venue during the summer, but nobody expected the number of storms that would run west to east down the Sound during this 8-day period. “Going into this year’s Race Week, I thought the fact that we would run seven different circles for adult sailors and multiples for the juniors would be our biggest logistical challenge,” commented Steve Leicht, the Club’s Vice Commodore who, with Rear Commodore Chris Schoen, were the week’s co-chairs. “However, it was the unexpected heat wave and the resultant series of frequent, severe storms that ripped down the Sound that caused the greatest issues.”

The senior portions of Larchmont Race Week ran on the opening and closing weekends. Knowing that wind can be an issue, the Race Committee set an early and late start times for the One-design and Racer/Cruiser circles. Opening day found the later start time the better option, and, once the wind filled in and the regatta’s first races were in the books, everyone was told to head for shore as the first of multiple cells was about to roll through. With November over Hotel set, the intention was to return to the course…but the front took all the wind away with it. Sunday, Day 2, the hope was to play catch-up ball, and two races were completed. 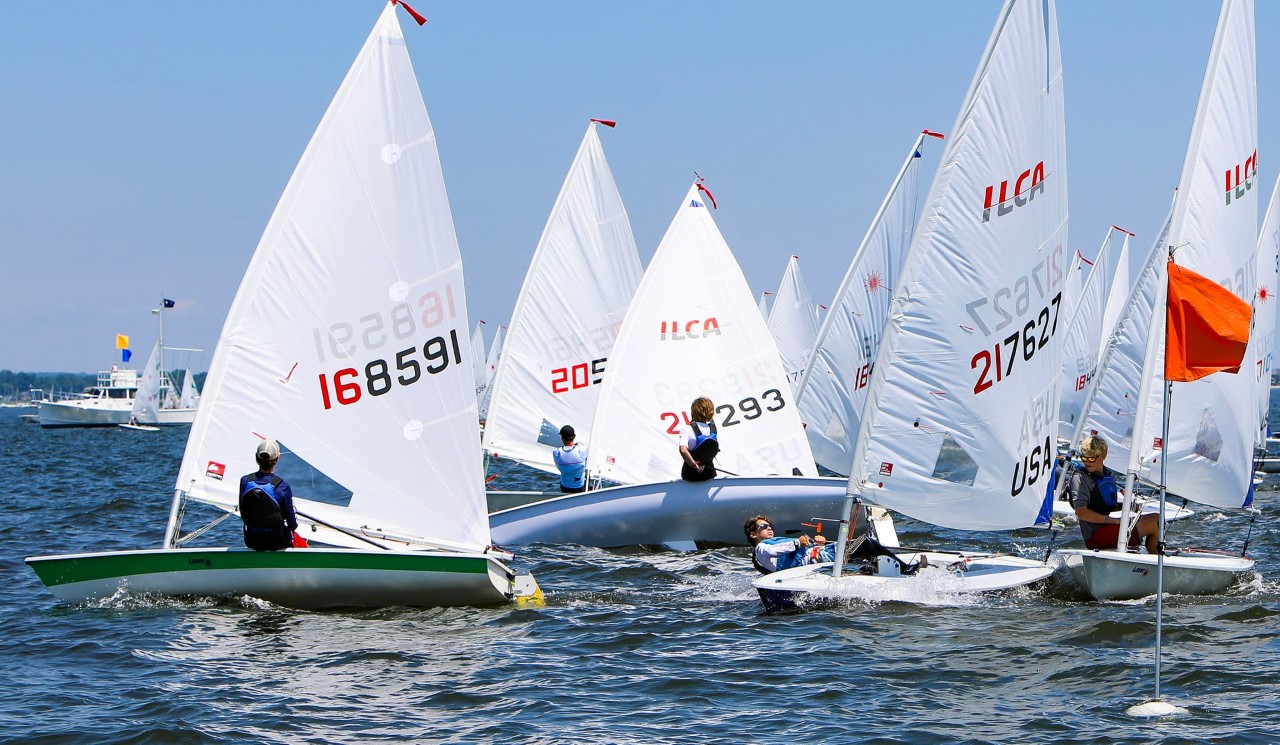 Monday – Wednesday was designated Larchmont Junior Race Week with over 400 juniors sailing 420s, ILCA 6s and 4.7s, and Fevas. As soon as the sailors arrived at their starting areas, the weather forecaster notified LYC that severe storms were approaching. Again, with November over Hotel, the kids came in only to have the worst squall of the week hit with no return to racing that day. Fortunately, Tuesday was champagne sailing making up for Monday. However, Wednesday was a drifter, and the sailors never left the shore before November over Alpha signaled the end of their regatta. The anticipation was that Thursday’s Opti Day would go off without a hitch, only to have yet another series of fronts develop as the first race was underway. Only the white division, who started first, got scored.

As an aside in the reporting of racing, on the eve of the final weekend, LYC hosted a presentation of its five skippers who ended-up on the podium after the 2022 Newport-to-Bermuda Race. They shared stories of this historic race for LYC: Jason Carroll’s ARGO, Chris Sheehan’s WARRIOR WON, Andrew and Linda Weiss’ CHRISTOPHER DRAGON, Peter McWhinnie’s IN THEORY, and Chris Schoen’s PHANTOM.

The final weekend called for the later start on Saturday and Sunday the Around Execution Rocks Race, a mid-distance race, where all classes start at the same time sailing the same course. Fortunately for all, the Race Week concluded with 12-15 knots out of the east making the trip around Execution Lighthouse a day of sailing never to be forgotten.

The Execution Rocks Race is indicative of the many initiatives that Larchmont Yacht Club has implemented to renew participation in an historic event in a sport that is experiencing participation softness around the world. In addition to the fun and uniqueness of this final, multi-fleet race, Larchmont Race Week offered cruising sailors the Expressly for Fun pursuit races the first weekend. There was also a Vanguard-15 team race and an Ideal-18 event that weekend, plus the Viper 640s and Shields held regional championships drawing boats from other areas. 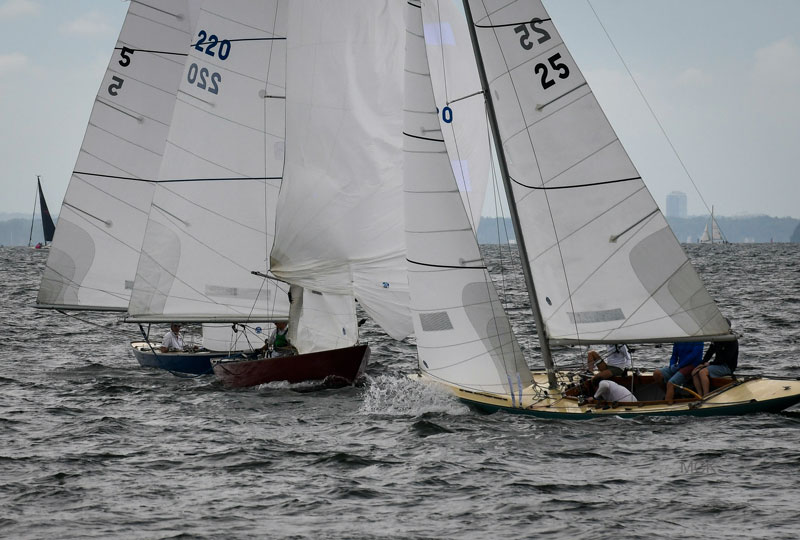 On top of that, there was live music most every night, lobsters galore, the Mt. Gay Rum tent, junior dinghies for members to try sailing off the front dock the second Saturday, a hospitality desk, and, yes, even a Larchmont Race Week pro/am tennis tournament. Vice Commodore Leight capped off Larchmont Race Week noting, “We had hundreds and hundreds of members and guest sailing throughout the week. When the weather decided not to deliver, the Club, our sailing and marine facilities departments, and our scores upon scores of volunteers provided a truly world class regatta experience for all…regardless of age, what they were sailing, or the weather!”