By Airwaves writer Brendan Healy
The Viper 640 Class will celebrate its 20th anniversary this year, and even after two decades on the water, the class is experiencing more growth than ever before.  Both the number of events hosted by the class and the attendance levels per regatta are on the rise, making 2016 a very promising year for the class.  With its first ever unofficial world championships, labeled the “International Championships” scheduled for mid-November in Bermuda, and already 51 boats registered, now is certainly the time to check out this exciting little sport boat.
The boat was designed by Brian Bennett in 1996 as a 3 to 4 crewed affordable sport boat for the amateur and experienced sailor alike.  It’s simple to rig and tune, and yet is athletically challenging to sail, making it an awesome platform for the weekend warrior to hit the road, as well as for the experienced “pro” teams to grind it out at championship level events. 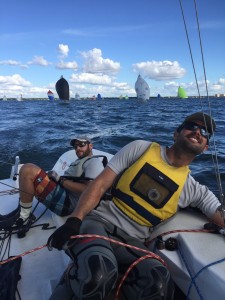 The class enjoys a relatively packed schedule with events all over the country (as well as internationally), at both the local and national level.  This past year’s North American Championship was the most heavily attended regatta in the class’s history with 53 boats on the starting line.  Hosted by the Larchmont Yacht Club in mid-October, this event saw a full range of conditions over the 4 days of sailing ranging from near drift conditions to upwards of 30 knots mid-regatta.  In addition to 2015’s successful NAs, the Viper also hosted its second annual Winter Series, with over 25 boats at each event.  The series consists of three regattas (one in December, January, and February), and is hosted by the Sarasota Sailing Squadron on the Gulf Coast of Florida.  A unique format, in which each boat may drop 30% of their cumulative scores, makes it possible (although difficult) for the overall winner to compete in only 2 out of the 3 regattas.  The squadron does a phenomenal job of hosting the fleet with a very laid back atmosphere at the boat park.  This, coupled with PRO Ron Pletch’s “bang-em-out” approach to running races, guarantees that sailors get their money’s worth both on and off the water.  In addition to the individual regattas, North Sails One Design rep, Zeke Horowitz, also led a clinic for any and all Viper sailors prior to the first regatta of the series this year.  Following the Winter Series, the Viper’s next major event is the Bacardi Miami Sailing Week in early March.  With 27 boats already registered, this event is becoming the largest single winter regatta for the class, to be followed up in April by the greatest one design regatta of the year, Charleston Race Week.  In addition to all of these awesome events, the Gulf Yachting Association has recently chosen the Viper to become its official boat of the Capdevielle beginning in 2018, thereby replacing the Flying Scot, making for an exciting few years to come for the Gulf Coast. 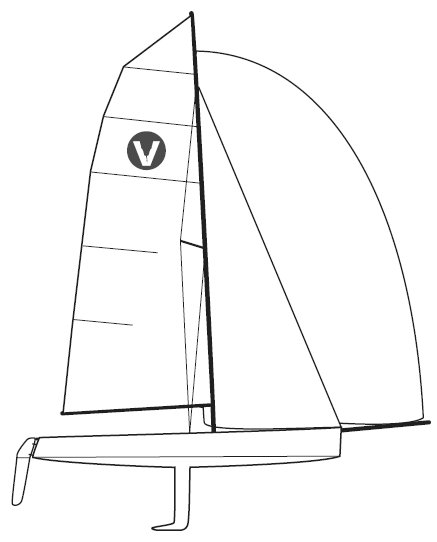 The Viper offers an awesome experience for any skill levels and age range of sailor, from the weekend warrior to the pro team, from novice keelboat sailor to one design champ.  With its numbers on the rise, it’s proving to have a strong national presence and a very bright future.  The Bermuda Worlds in November will certainly be a highlight in the class’s path to success as 2016 promises to be a year to remember in the 20-year history of this exceptional small sport boat.