The Mackay 420 won the first World Championship it entered. Alexandros & Georgios Kavvas from Greece won 7 of the 10 races in the 2012 World championships. The following year Annabel Cattermole & Bryony Bennett-Lloyd won the 2013 Ladies World Championships. The 2012 post series press release stated “Speed was the name of the game for the Greeks, and they had the edge whatever the conditions. ”

History
Mackay Boats started building the International 420 in 2011. Introduction of the 420 was preceeded by 2 years of development and design to produce the fastest shape and best structure to ensure the Mackay 420 lived up to the same winning reputation as our winning 470’s.. 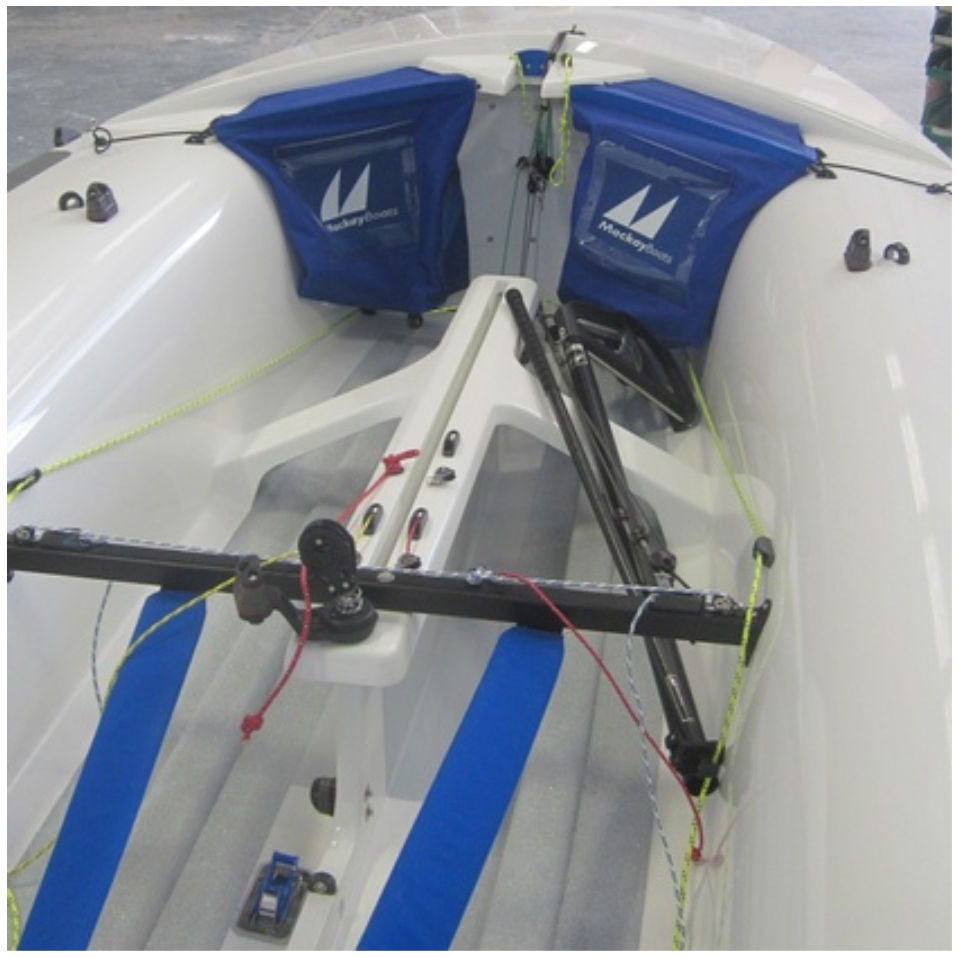 The design and class rules gave us the opportunity to build a boat similar to the way we build our 470s both in terms of the structure of the mouldings and the look of the boat.
For example the way the mast partner is fitted to the deck after the boat is built allows the bulkhead in front of the mast to be more vertical and closer to the mast.  This is better for rig tension and weight distribution.  It also improves the look of the boat giving it a longer foredeck.  We have been able to use a deck to hull joint system the same as our 470s allowing for the same exceptionally strong but light gunwale arrangement which also extends around the bow and across the transom.
The hull shape was developed by naval architect Kevin Trotter, working in the office next door to us here at MacKay Boats.  Kevin has designed a few very fast dinghies here in New Zealand and has a solid command of the latest design and analysis software.   We had the luxury of time and could properly evaluate the expected performance along with the look of the boat.  There is lot of information out there based on how the sailors were sailing the existing boats.   For example, where were crews tending to sit in the boat in different conditions?  This affected where we pushed the displacement curve of the boat.   Additionally, Kevin’s skiff designs gave valuable insight into the way the rocker curve and buttocks lines should run through the middle and aft sections.
So the reason to start building 420s has been largely the challenge of creating something new and exciting.   To build a boat using all our experience in design and construction that is FAST.
One of the attractions for us with the 420 is it’s universal appeal as a class.  It has always been popular and it always will be.  There is something about the boat that attracts the youth to it.  I think it’s got to do with how post opti kids can relate to the size of the boat and it’s sail plan while providing them with all the thrills they could ever wish for in varying wind strengths. 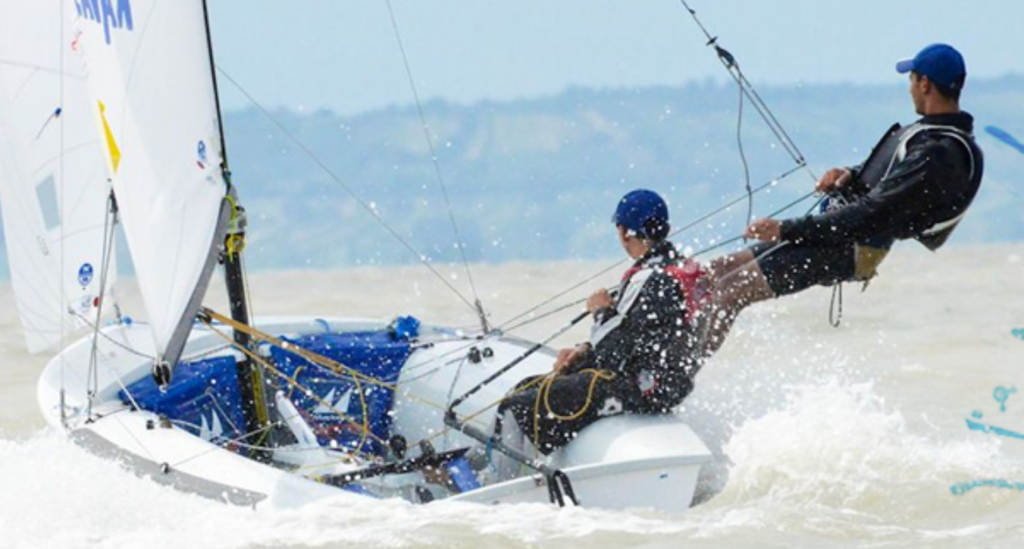 We have also borrowed some other features off the 470.  The rudder stock is in cast aluminum, just like the 470, and the support it provides for the rudder is excellent.  The foils  are built in the same way as our 470 foils by resin infusion.   Most importantly the time and energy we put into the rudder and centreboard  design and then into the finishing of the moulds has resulted in some very special foils.
Jonny McGovern was one of the first 420 coaches to see our first boat in Europe in mid 2011
“I have just returned home from a month away coaching 420’s. I was out at the 420 Europeans in Tavira where your 1st boat … was being sailed. I had a chance to have a sail in it on a couple of the training days, as I was very keen to see how she felt. I was amazed with how good the boat felt (well not that amazed after sailing the Mackay 470 for a few years and experiencing the quality of those). The rudder response was very accurate and the steering felt very light even in 15knts and steep waves which 420’s are not renowned for being light and responsive. Also the feel on the bow was that it never drop down the mine as we call it and always feel up and lively which was also a nice surprise. All in all I was a big fan of the boat and wouldn’t be surprised if we start seeing the Mackay topping the scoresheet at regattas to come.” Jonny McGovern GBR 420 coach