Close Mobile Navigation
Signup to Receive the latest news, events and Sailing jobs Via your inbox
You are here: Home / Featured News / 2018 Sail1Design High School Team of the Year Announced!

For the second year in a row, Point Loma HS has won the Sail1Design HS Sailing Team of the Year Award. Last year, PLHS had a great season, and earned the title; this year, they outdid themselves, winning both the Mallory and the Baker…. both very convincingly. Coach Steve Hunt was also nominated again for Coach of the Year, and it was very difficult not to award him that honor too (he’s a former winner). Congratulations PLHS, and below is a closer look into the HS Team of the Year, by new Airwaves writer Abby Tindall

A Look Into PLHS Sailing Team, ISSA TR & Fleet Race Champions
Point Loma has proven to be an indomitable high school sailing team once again this past sailing season. After winning the Mallory Trophy in 2017, the team recently won the Mallory Trophy and Baker Trophy in 2018.  This is not the first time that Point Loma has made a clean sweep though. They have had a history of winning both championships: succeeding in 2014, 2012, 2005, 2004, and 2003. The number of times Point Loma has been top of the podium for both events is twice the amount of all other high schools combined. The only other teams to ever win both fleet and team championships in the same year were Newport Harbor in 2009, Antilles in 2006, and Coronado in 2001. In terms of Point Loma individually, the team has won 15 National Titles over the course of their career.

While it’s certainly difficult to discern what makes sailing champions, a part of their success can be attributed to the length of their sailing season. California teams are able to practice all year round, starting in the preliminary weeks of school. The Point Loma team has always had this advantage, which provides valid practice time in the winter season when most of their competitive east coast teams have not touched their boats since the end of October.

Other west coast teams have also built strong sailing programs over the years. California may as well be the powerhouse of high school sailing as 8 of the 9 teams to win both titles in the same year are based out of the state. When asked Point Loma team has been so  successful, Emma Batcher, a member of the 2018 championship team, responded, “Definitely because we have very good teams around us.” In the past 28 years of the Baker Trophy, 18 of those titles have gone to California teams. 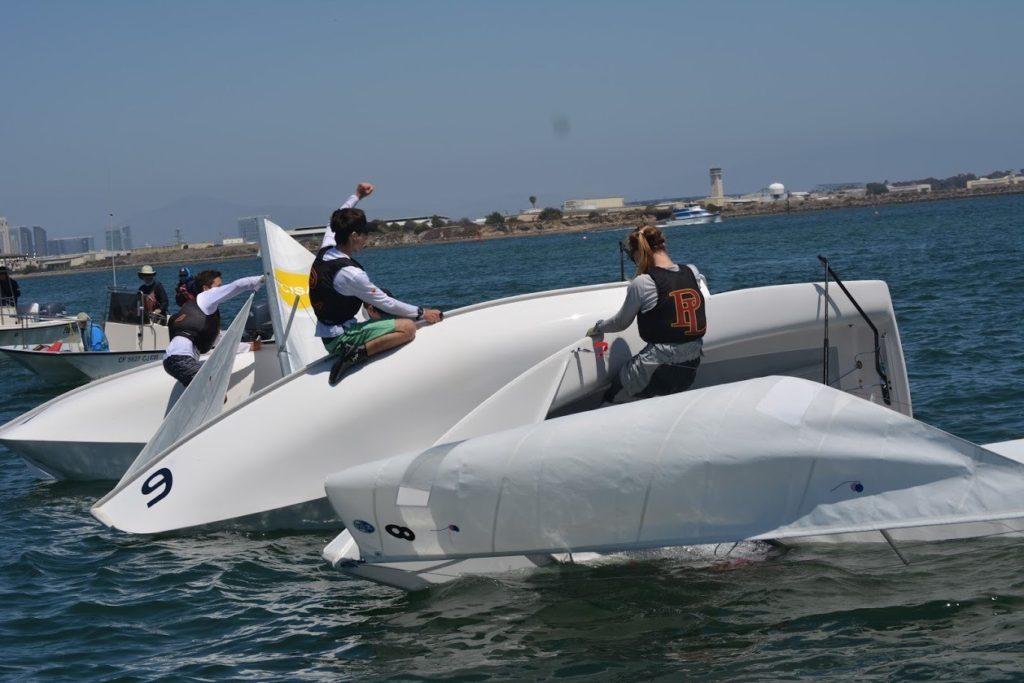 Even as a high level team, Batcher says that they get along really well and mentions, “at the last few regattas we have all had a really good team vibe like it was low stress and all joking around especially for our team race qualifier and for team race nationals.” The casual attitude of the team could definitely build the positivity and performance of the Point Loma School.

Point Loma specifically has presented the best results, so Batcher gave us an inside look at the 2018 team. She says they have about 35 sailors in total, many of whom grew up sailing in the San Diego Yacht Club program. The school is fully charged with talent and the top few boats are highly competitive during practice race days, the best four usually exchanging wins. Despite the surplus of similar sailing promise from the top teammates though, Batcher says that all year it has stayed “Jack Reiter/ Jack Eagan for team 1 and Diego [Escobar] / Marcus [Huttunen] for team 2.” Batcher guesses that the stability within the team ensures that the competition between teammates does not become too aggressive.

Also adding to the low-stress of the atmosphere is the amount of practice the team does. They only practice 2 days a week: Monday and Wednesday. Batcher says that this helps the team not burn out and “also gives our team the ability to practice other boats.” While she says she’s not sure if that helps or not, the unusual practice could correlate strongly to Point Loma’s results

Direct repetition of Point Loma’s methods may not lead all high schools to the same level of success, but a look into how the team works certainly points to a measure of why the team is ranked top in the nation. Their highly competitive California location certainly gives them a leg up, as does their positive team attitude as a result of stable skipper crew combinations. All of these factors attribute to the strength of the Point Loma team which has led them to the impressive achievements they have made in the past and will continue to make in the future. 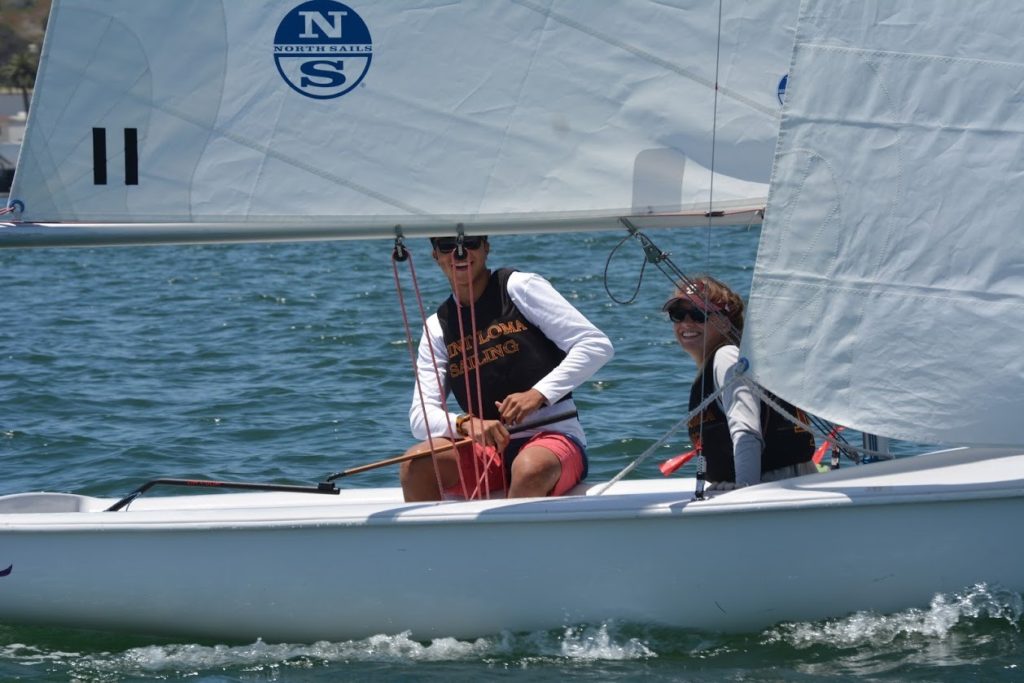