Close
Signup to Receive the latest news, events and Sailing jobs Via your inbox
You are here: Home / Sailing News Articles / 2016 S1D Optimist Sailor of the Year Announced!

Sail1Design is elated to announce the winner of the McLaughlin S1D Optimist Sailor of the Year Award winner, Justin Callahan! 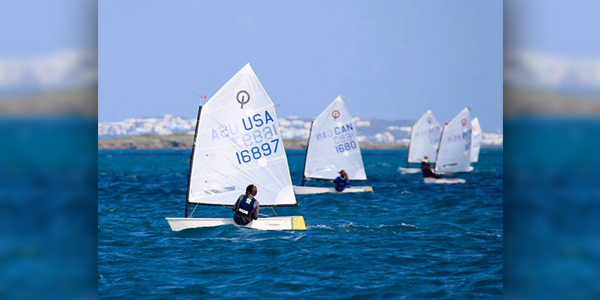 Optimist sailing, for so many, is where it all starts. In fact, there may be no healthier one-design class in North America than the US Optimist Class. Sail1Design is proud to salute this boat, the people involved in the class, but most importantly, the kids who get out there in sail in this great little boat. This is the Lone Wolf in training, the next great single-handed sailor!
This award, announced each January, goes to the Optimist sailor, who in the evaluation of our judge panel (from nominated sailors), had the best overall sailing year, for the preceding calendar year. This is YOUR award! We require written submissions of nomination; in fact we only choose from nominated sailors, and do not suggest nor solicit specific nominations. 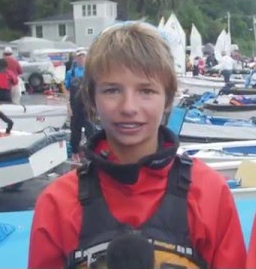 WHAT YOU WIN
Thanks to McLaughlin, the winner will get 3 great awards in addition to the honor of winning:
1. A beautiful, framed & engraved
painting to keep forever.
2. What’s more, and in keeping with the philosophy of both Sail1Design & McLaughlin, the winner will have the opportunity to give “the gift of giving”, or give back to sailing, and choose, on his or her own, an “up-and-coming” Optimist sailor to receive a FREE charter of a McLaughlin Optimist at a major US Optimist event on McLaughlin’s schedule! Sail1Design will help work out details of when and where this great gift is made.
3. Finally, the winner will ALSO receive his or her own free charter at a major event as well!

We had a very difficult choice to make, as the nominations were incredibly impressive. The S1D panel was certainly impressed with Justin’s race record; however we were even more impressed with his team racing ability, work ethic, sportsmanship, and the fact that he is well-liked and respected by his peers and competitors. This is a great recipe for long term success, in any endeavor, and we are very proud to have Justin win this award!! Read below excerpts from two separate nomination letters, to learn a bit more about Justin:
_____________________________________________
I am writing to nominate Justin Callahan for Sail1Design Sailor of the year, following one of the best years for an American Opti Sailor ever. I’v worked with Justin as his team race coach since the Fall of 2015, and think that he is incredibly deserving as a sailor, teammate, and human being!  Here’s a summary of his accomplishments:
*Won the USODA Team Trials, the toughest and most important Opti Regatta of the year, in San Francisco, CA. He won 7 of 12 races and notched 3 2nd’s, clinching the regatta before the final race of Gold Fleet.
*8th at Opti Worlds in Portugal, the top US Finisher and led the American’s in winning the Nation’s Cup – the award for given to the top overall country as determined by the top 4 finishers aggregate.
*Won Team Race Worlds on Team USA. First time for the Americans!
*3rd at IODA Asian Champs.
*Won Team Race Nationals in Houston, TX, sailing with LYC 1.
*Won the Opti Team Cup, Berlin, as part of of just the 2nd American Team ever to win it, and the first team ever to go undefeated (17-0). The Opti Team Cup is an annual event held since 1988 among the national teams of Europe. The USA Club team that wins Nationals receives an invite. While his brother Mitchell is officially the team captain, Justin was the best sailor at the regatta, and routinely took out multiple opponents to move his teammates ahead.
Other top accomplishments at USODA Regattas:
2nd Team Race Midwinters @ Lakewood YC. Team was undefeated before losing finals.
1st Valentines Regatta @ St Petersburg YC.
2nd SE Champs @ Key Biscayne YC.
7th Nationals @ Houston YC (not the biggest event for Optis and he had just gotten back from Worlds and won the Team Racing).
2nd Opti New England Champs @ SailNewport
1st Jersey State Champs (test event for 2017 Team Trails).
1st SE Champs @ Florida YC.
5th Opti Midwinters @ Southern YC.
Justin loves to practice. His tacks in the Opti are really fun to watch, as is his feel for surfing waves. In 7 kts of Breeze sailing in from our win in Berlin, he asked to surf my coach boat wake, and got the Opti on a full plane for almost a minute! With team racing, I have seen him become a student of the rules and able to talk tactics off the water. He is always a great teammate – he enjoys competition in practice, so he wants his teammates to bring their best and says encouraging things to them. Overall, its been really cool to see him set the goal of being the best sailor in the US, and with a lot of hard work achieve it! With the Opti being the largest class in the US and World, consistently winning fleets of over 200 boats is remarkable, and with all the great coaches and clubs out there, the competition is at a really high level right now. The season Justin has put together vs national and World competition makes him deserving of Sail1Design’s Youth Sailor of the Year Honor.
____________________________________________________________
From another nomination:
I’ve watched (Justin) sail all year long, and in my opinion, Justin Callahan has had the best regatta results all year.  Perhaps most impressive was Justin’s dominating performance at the USODA Team Trials.  Arguably the hardest and most important event of the year, Justin won 7/12 races and finished 18 points ahead of 2nd place.  He was untouchable at that event; it wasn’t fair.
Justin followed up that result with a top performance at the IODA Asian Championship.  In June, Justin attended the World Championship in Portugal and lead a strong contingent of Americans in the top 10 overall, finishing 8th.  Most impressive was their win at the Team Racing World Championship AND the Miami Herald Award for the top US team.
Continuing wit 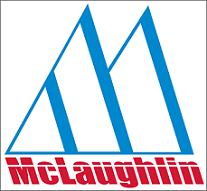 h his Team Racing success, Justin was an integral part of the Lauderdale YC team that won the US Team Racing Nationals, the LYC team race and represented the US at the Berlin Cup, winning that as well!  Not only was he arguably the best fleet racer in the country in 2016, but he is also thought of as the best team racer.
Every regatta that Justin sails in, he is a threat to win.
Justin is a great kid, very coach-able, thirsty for knowledge, and very hard-working.  His results speak for themselves, but his personality, dedication, and demeanor make him a very like-able person too.  I highly recommend him for the Sail One Design Optimist Sailor of the Year award.
Many thanks to our exclusive sponsor McLaughlin Boat Works. About McLaughlin: