With only one American registered out of over 400 entries in the Optimist, Europe Dinghy, 420, and Laser 4.7 classes, the 68th Trofeo Palma was most decidedly a European event. The list of competitors was nonetheless very impressive; our countries lone entry was 2018 Optimist World Team member Tommy Sitzmann, who made the trek to this beautiful Mediterranean island to compete and meet up again with some friends he’s made in the Optimist class. Initial reports coming in from Mallorca are very positive; this was a very competitive event run by a great race committee, with an incredibly friendly and gracious host club. Best of all the host club was wonderfully accommodating, the kids also very friendly, and the venue, well, beautiful. If you ever get a chance, put this one on your calendar! Regatta report below courtesy of the Royal Nautical Club of Palma:

The Majorcan regatta sailor María Perelló (Club Nàutic S’Arenal) added a new title to her list by winning the 68th Ciutat de Palma Bufete Frau Trophy, the “mundialito” held these days under the organization of the Royal Club Náutico de Palma (RCNP) with the presence of several of the best international sailors of the Optimist class. The women’s Top Girl in 2017 and 2018 remained on the lookout for the lead in the first two days and finally assaulted it today, in the third, with strong west wind and strong waves.

With almost 280 Optimists, the fleet was divided into three groups. After 2 days of qualifying racing (4 races per fleet), the wind blew generously from the west in the Balearic capital from early in the morning on the final day, which began to record gusts of more than 20 knots. All classes were able to finish three races and return to port before 3:00 p.m. Manu Fraga, sports director of RCNP, said he was very satisfied with the development of the competition, especially on the last day. “The dates of the Ciutat de Palma,” he said, “are very good because they coincide with a bridge, but the weather in December is always an unknown. This year we have been lucky: we had a day with a moderate wind, another weak day and today strong, so no one can say that he has not found the conditions that are better. “ 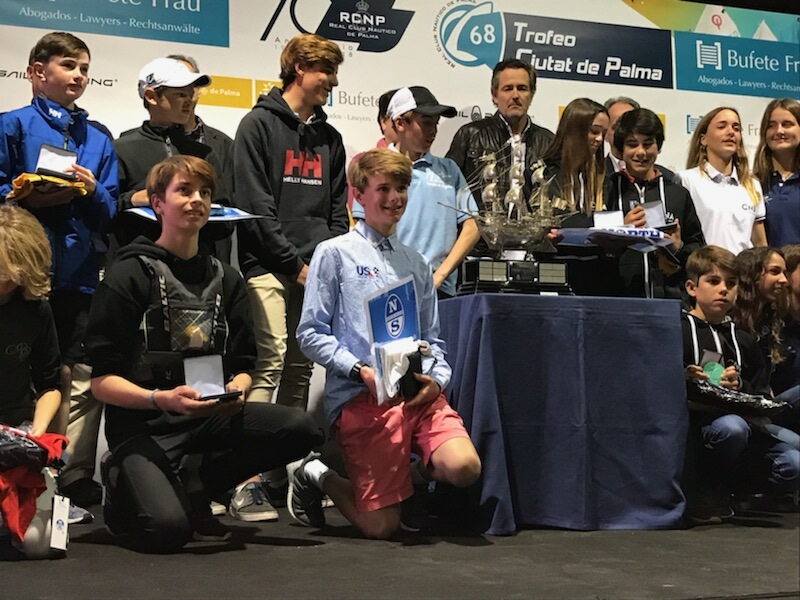 Favorites of the Optimist fleet did not fail in almost any condition. They are the best in the world for good reason. Maria Perelló, the winner, chained partial results (2+ [6] + 1 + 1 + 1 + 2 + 2) and ended up taking an advantage of  eight points to second place, the American Thomas Sitzmann (1 + 5 + 1 + 1 + [9] + 4 + 5), fifth in the world and leader on the penultimate day, and third, the Maltese Richard Schultheis, fourth in the last World Cup and seeded of the trophy, which ended up earning the bronze, or third place overall. For complete results, visit the RESULTS SHEET.

In Laser 4.7 there were no surprises and Isidro Codoñer (RCN Valencia) was comfortable with the victory (2 + 2 + 2 + 2 + 2 + [59] +1) to be able to discard a black flag in the penultimate race. The silver went to Justo Martinez (CN Arenal), who was five points behind the champion. Robert Keal (CN El Balis), with a disadvantage of 34 points with respect to the head, was awarded the bronze medal. The winner in the female category was Gemma Llamas (RCNP), seventh in the overall general classification.

The Europa class, which was returning to the Ciutat de Palma Trophy after several years of absence as a scoring event of its national ranking, offered a great show and proved its validity as a single vessel. Marc Tello Pons (CN El Balis) was the absolute winner with a counter of 1 + 3 + 4 + [11] + 2 + 3 + 5 and an advantage of only two points over the runner-up, Alejandro Pareja (RCN Torrevieja), and six with respect to the third classified, Oriol Piña (CN Estartit).
Laura Homar and Mar Fuster (CNA – RCNP) met the predictions and remained at the forefront of class 420. The Mallorquins, in three days of competition, and with eight contested events, totaled 12 net points with a partial of 2 + 2 + 1 + 3 + 13 [UFD] + 1 + 1 + 2. The second position went to Marina Lladó and Ángela Serra (CN Sa Ràpita – CNA), with 17 points, while the third place went to Lucía Ruiz and María Munar (RCNP), with 24 points. 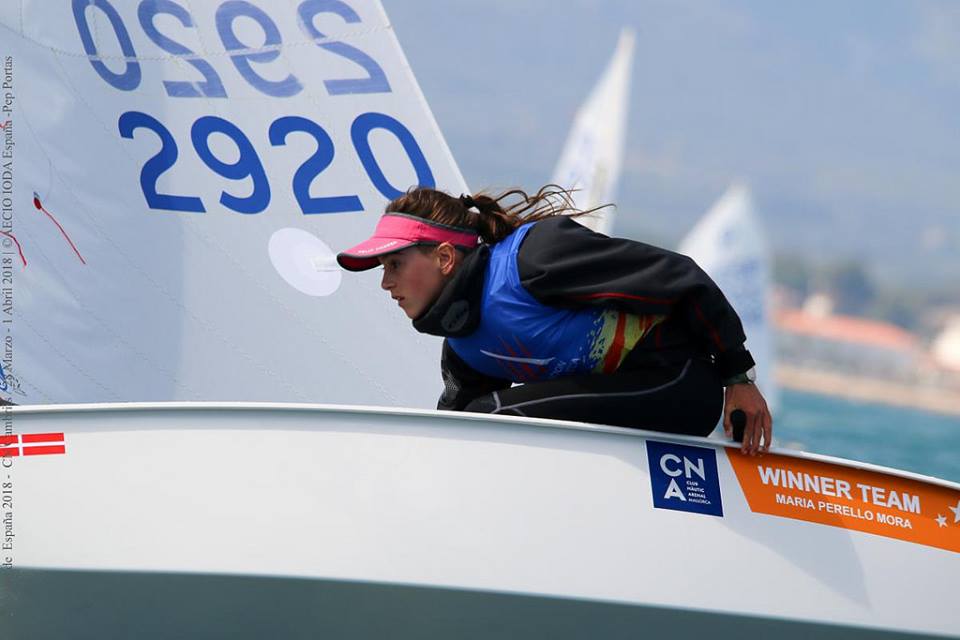 The Ciutat de Palma Trophy concluded with the awards ceremony held in the regatta village with the presence of the Deputy Mayor for Sports, Susanna Moll; the president of RCNP, Javier Sanz; its commodore, Juan Besalduch, and José Carlos Frau, CEO of Bufete Frau, sponsor of the event. María Perelló raised the silver caravel on whose base her name will be inscribed and which she credits as the absolute winner of the Ciutat de Palma Trophy Bufete Frau, one of the few Optimist regattas that she had left to win.