The final day of the US Sailing Chubb Junior National Championships provided all the excitement of a contested national championship for the coveted Smythe, Bemis and Sears trophies.   Clear skies and temps around 60 greeted sailors.  After three days of stiff 18-25 knot San Francisco conditions including the practice day, the forecast called for late morning winds in the teens building to mid 20’s gusting to 30.  The harbor start was moved up an hour.  The sailors left the harbor in 3-6 knots, some were under tow.  Racing got underway at 11:45 in six knots that peaked at 12 knots in the final race.  For the Bemis sailors it was just enough to get on the trap on a reach but not upwind. 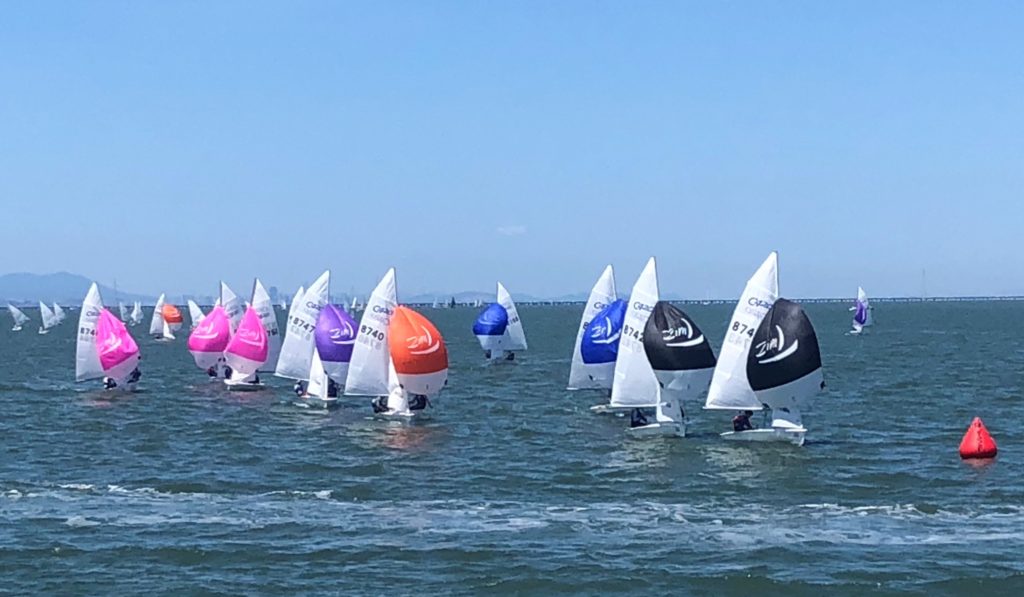 In the Smythe, the lead had changed with San Francisco Laser sailor Caleb Yoslov two points ahead of Daniel Escuadero from Atlanta Yacht Club, and just 4 points ahead of fellow SFYC sailor Will Foox with 13 points.   A general recall led to the U flag.  Leader Yoslov proved mediocre in the lighter air finishing 17th, which became his drop.  Going into the final race Yoslov still held a 3 point lead over Escuadero and 5 points over Foox.  Escuadero went for the win but was OCS which became a UFD-21.  Nine boats UFD-21’d in the last race.  Foox got away cleanly to the right and was in the top group at the weather mark while Yoslov struggled in bad air.  Foox finished 2nd while Yoslov earned an 8th dropping his final score to 20 points, 1 back of Escuadero and 2 behind Foox who won the Smythe trophy.

In the Bemis, Newport Harbor’s Morgan Pinckney and Nathan Sih held a 3 point lead after 7 races over San Diego’s two Jack’s (Egan and Plavan).  The Jack’s led the first day and had finished previous Chubbs on the podium.  Egan is regarded by high school coaches as the best scholastic skipper in the country.  Plavan and Egan had exceptional upwind speed in the regatta.  Pinckney and Sih knew that Egan was going into match race mode.  Michael Kirkman and Zack Rockwell of Grosse Pointe Michigan were 10 points back in third.   Egan went after Pinckney sailing him well below the line in pre-race maneuvers but the start ended up with a general recall and the U Flag to follow.  For the restart Pinckney successfully found other boats to shield from Egan and got away cleanly to win.  Egan and Plavan placed 5th.  The final race saw Pinckney in championship form with a comfortable gap to win the Bemis. 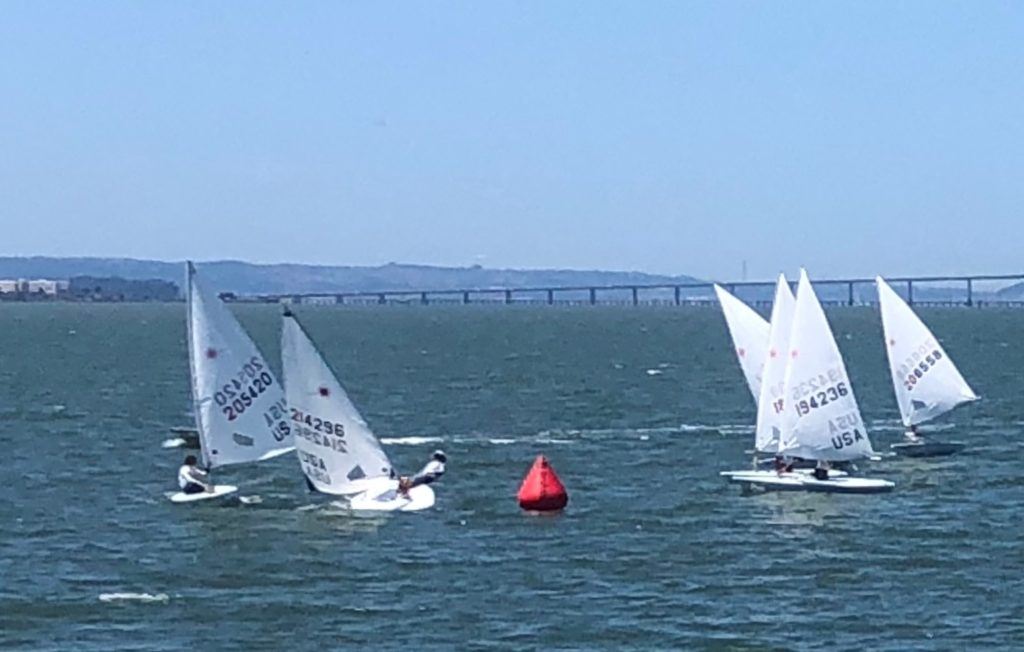 The SI’s two drops after six races was corrected on the official notice board to a single drop.  Several protests were heard ashore.  The awards presentation started at 5 PM and was handled efficiently so sailors could flights home.

Charles Barclay is a US Sailing Level 3 Coach, RO, JIT, and father of one the competitors.