Close
Signup to Receive the latest news, events and Sailing jobs Via your inbox
You are here: Home / Regatta News/Results / 2019 Wilson Trophy Team Race Championship Report & Results: The Americans Are Back!! 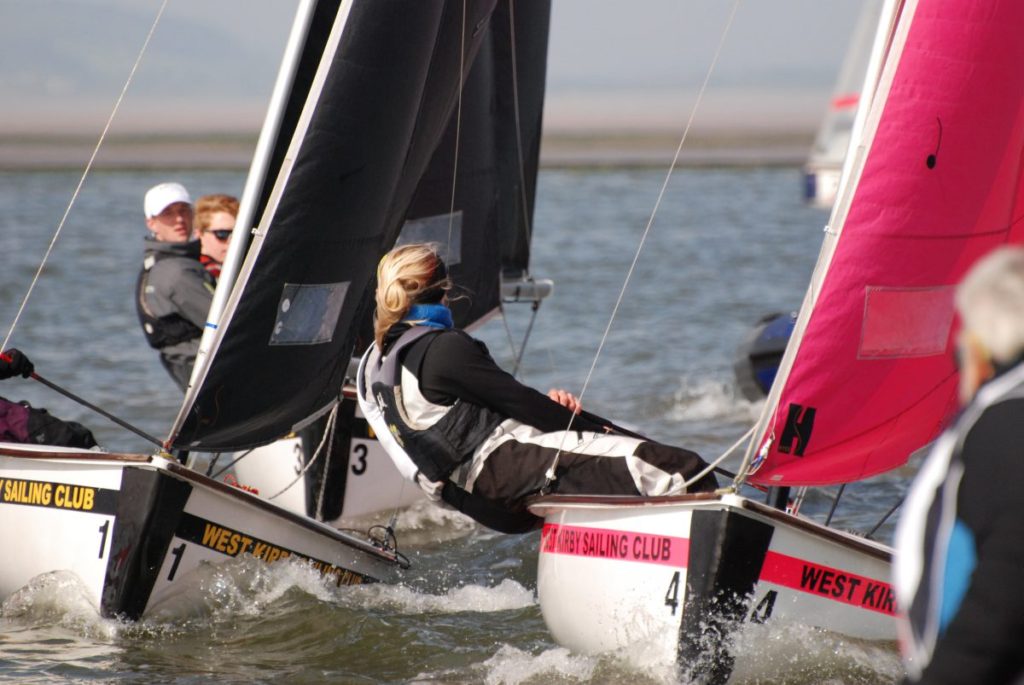 “Liverpool” is known by many as an elite soccer team who has had a historic run this year in the Champions League final against the Tottenham underdog. However, for us sailors who lack such athletic ability, it represents something else. Every year, just a few miles west of Liverpool, the small family town of West Kirby transforms into the epicenter of dinghy team racing. In England’s green and pleasant land, West Kirby sits on the southern side of the Irish Sea east of Wales’ northern coast. It is a normal quaint British town with the Guiness just as cold as its weather. 32 teams from across the globe including Australia, Austria, USA, Denmark and many others huddle in what locals call the ‘theatre of dreams’ for the annual Wilson Trophy. 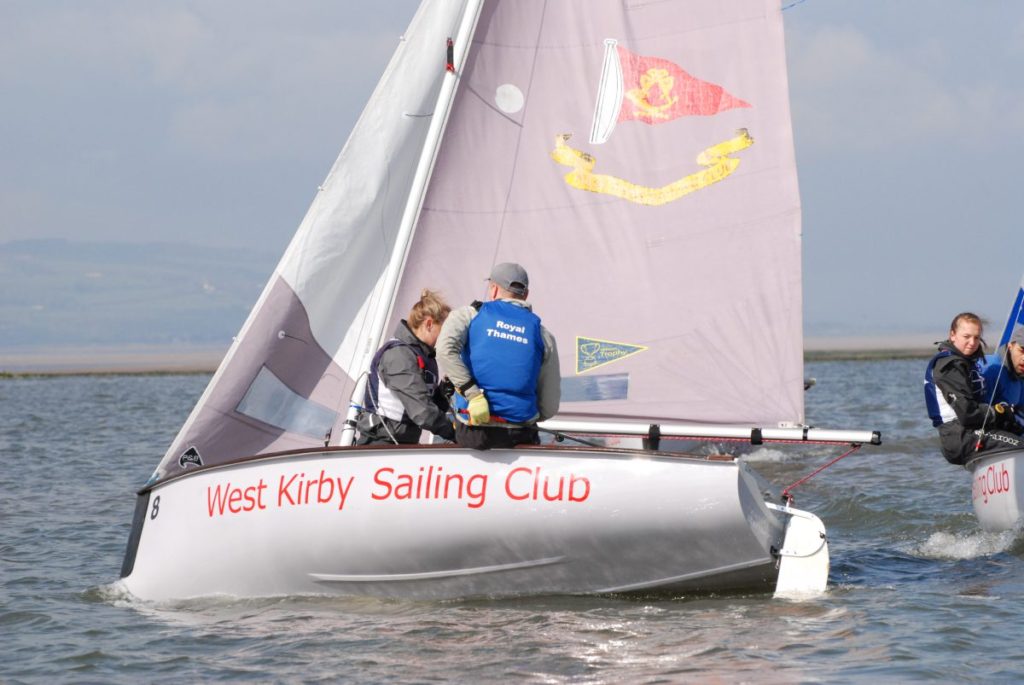 2019 was destined to be a great one. It was the 70th edition of the Wilson Trophy and the town was buzzing. The grandstands along the shoreline were packed. Everyone in the town had called in sick, the local

butcher closed down and the race commentator rang louder than the town’s church bells. The racing authority at West Kirby are punctual in typical English fashion. Warning signals were listed in the sailing instructions to begin at 7:57 AM to begin the first race promptly at 8 AM. If you watch NASCAR solely for the crashes, then the second day of the event was for you. Winds gusted to 25 knots and mark 3 of the digital N course turned into a demolition derby. After a few busted hulls and swimming sailors, the RC decided to switch to the comically small storm sails for their fun-sized boat. However, the American teams stayed strong.

The USA was represented by 5 teams consisting of both veterans and youthful spirits all with the Wilson trophy in their cross-hairs. College sailors of the year, All-Americans, Olympians, match racing champions and team racing world champions spearheaded the American effort, but it was a handful of recent college graduates that edged out everyone else to climb to the number one spot. 3 out of 4 teams in the semifinals were American which put British American relations at its lowest point in a decade. In the finals, it was the East Coast Drifters, the young, recent graduates of Mackenzie Bryan and Martim Anderson alongside Hobart free agent Greiner Hobbes, along with crews Marina Cano, Miranda Brooks, and Mike McBrien, who took on the Birdham Bandits and Britain’s last hope of victory. However, the finals mimicked the 3 years of the War of 1812, with 3 short blowout victories all ending in a 1-2 combination for the Americans. It was the first time an American team won the Wilson trophy since 2011. The college coaches team of Amanda Callahan, Clinton Hayes, David Johnson and Ben Greenfield have been close as runner-ups in 2016 and 2018, but it was some of their very own prodigies that got the job done. 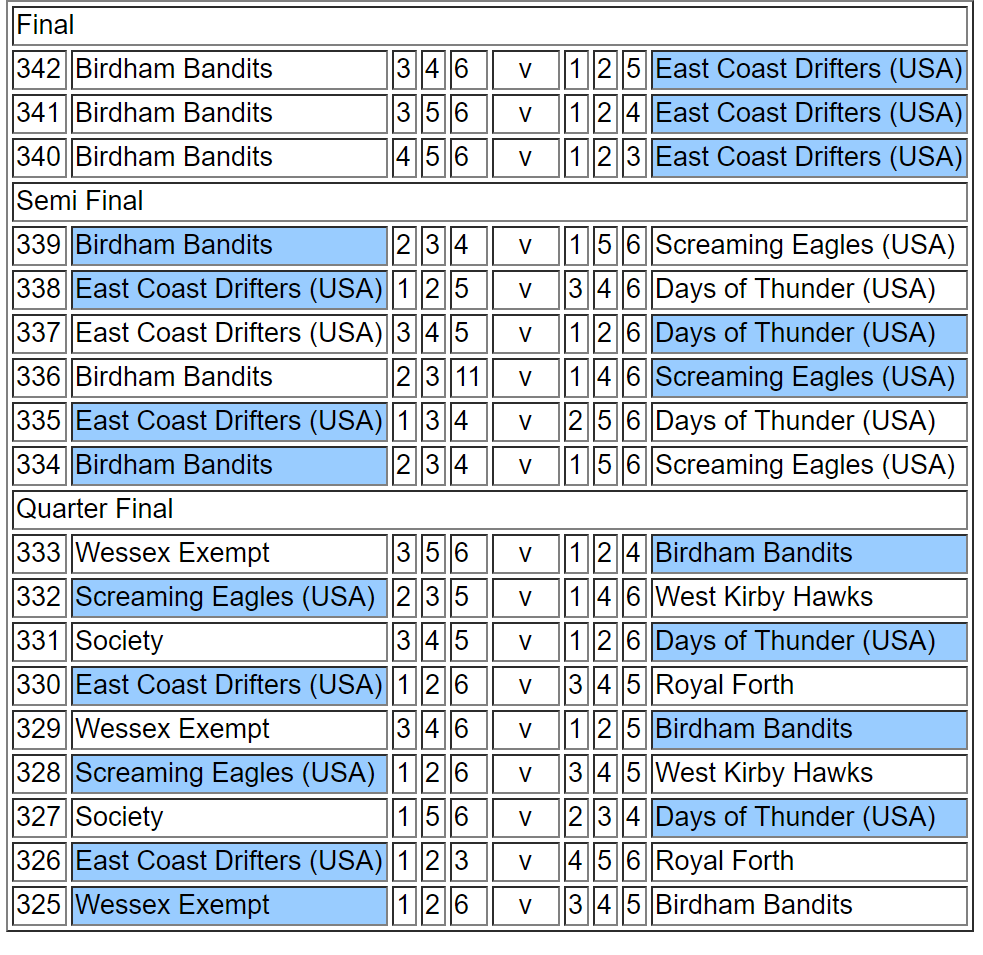 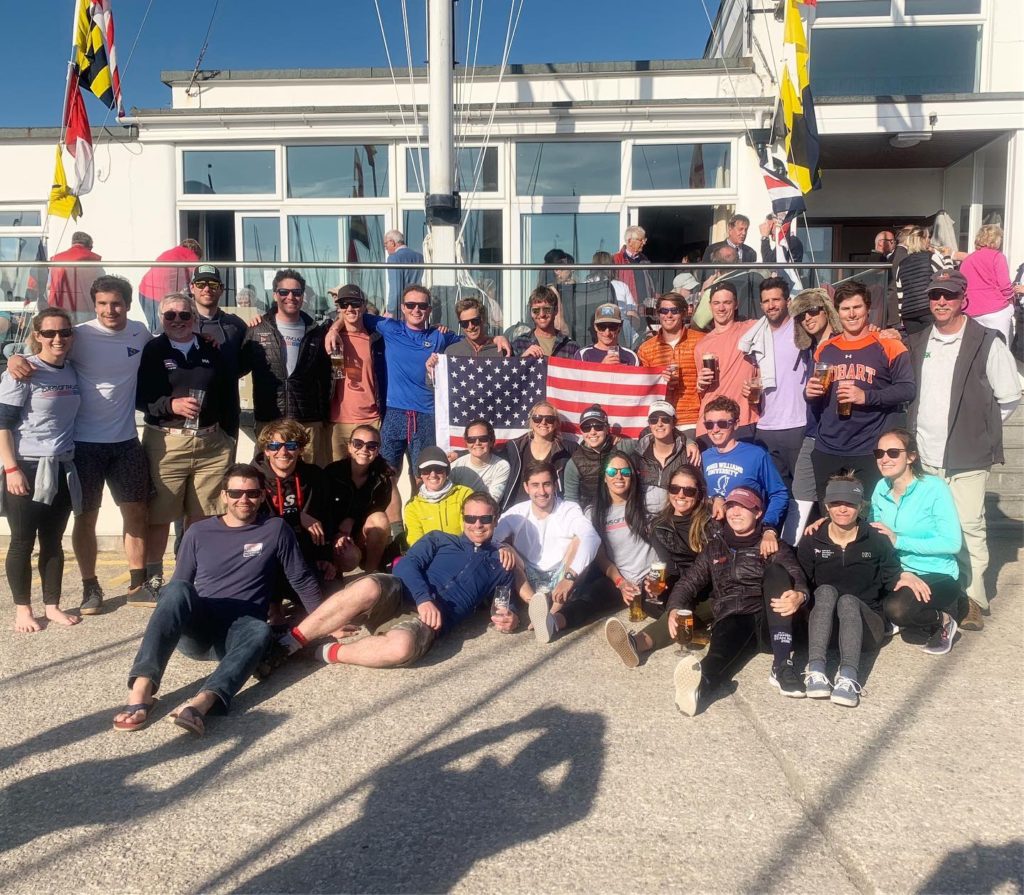 Dinghy team racing teeters as a lost art in the U.S. However, there are a few dedicated sailors and coaches that seek to keep the tradition alive. US Sailing has appointed a few regattas such as the Charles River Open Team Race as qualifying events for the U.S. Hinman Team Racing Championship. Nevertheless, dinghy team racing is in desperate need of a replacement boat for the Vanguard 15 that accepts a wide range of individuals of all shapes, sizes and ages. You won’t be able to find too many 35 year old, 40-hour work week cubicle warriors able to keep up with the studly recent college graduates. Yet, US participation in the Wilson Trophy has grown in recent years, possibly indicating that dinghy team racing is back on the rise.