Close
Signup to Receive the latest news, events and Sailing jobs Via your inbox
You are here: Home / Featured News / Profiles in Amateur Sailing: Griffin Gigliotti

By NEW Airwaves Writer Lucas Masiello
This summer, I was fortunate enough to coach the Stamford Yacht Club c420 team with renowned 29er sailor Griffin Gigliotti in Stamford, CT. A lifelong competitive sailor from Stamford, Griffin grew up racing Optimists in the Long Island Sound and beyond, placing second in both the 2017 and 2018 US Team Race Nationals and fourth at the Venice Team Race Cup in Italy. After Optimists, Griffin transitioned into the 29er fleet, where he won the 2020 29er Midwinters East in Miami, FL this February and is in pursuit of the United States slot in the World Sailing 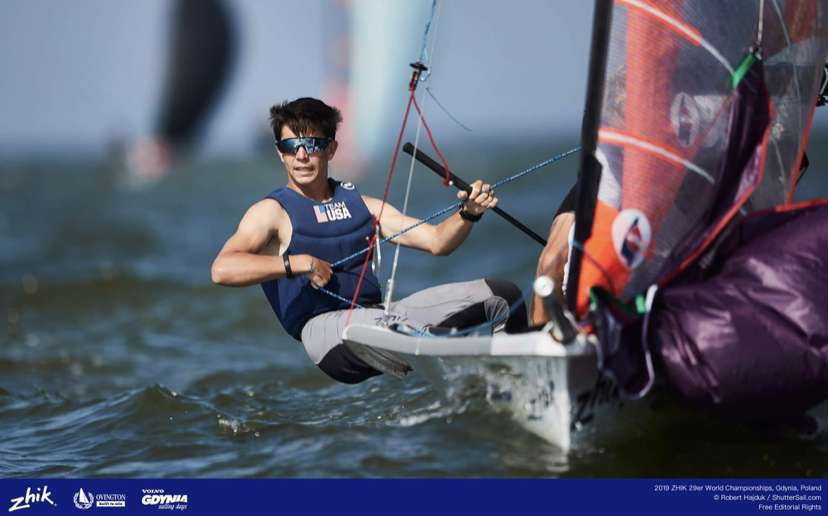 Youth Worlds 29er fleet. He started sailing 29ers as the only boat in Connecticut and built the Greenwich, CT fleet to become one of three competitive 29er fleets in the country. In addition to 29ers, Griffin also represents Greens Farms Academy in high school sailing and coaches junior sailing at the Stamford Yacht Club.

Coming into the 29er fleet after sailing Optimists for so long must have been a huge change, what was that transition like?

Changing boats wasn’t too hard, but the change in atmosphere was the hardest. The boat is a lot more responsive to movements and faster, which is easy to get used to over time and ultimately makes for better sailing. The atmosphere was hard because unlike Optis, the fleets were few and far apart so I had to create my own team. I had to spend a lot of time working on administrative aspects that could have been spent on the water so it makes you appreciate the behind the scenes a lot more. Also, the class culture is super healthy. In the 29er everybody just respects each other and makes an effort to get everyone on the water. If you break a part everyone is always helping out with their own spare parts to get people on the water.

You’ve said that you’re trying to qualify for the Youth Worlds, what does that process look like and how has it been impacted by the pandemic?

I was doing the youth worlds campaign for last year and I was projected to get the nomination but due to the coronavirus, the qualifier events never happened and I’m trying for round two. Right now it’s just me versus the coronavirus, I don’t see too much standing in my way. Due to my crew going to boarding school, I had to start sailing with a new crew, Jack Welbourne from Welsley, MA as well, although the transition is going really well.

29ers often seem inaccessible to a lot of youth sailors looking for a boat to sail after Optis or Fevas due to how small and competitive the fleet is, how do you recommend people get into the class?

For myself, that was fairly difficult and was definitely one of the biggest challenges in 29ers. I had to found my own team so now there’s a team in Connecticut that I can sail against. A lot of 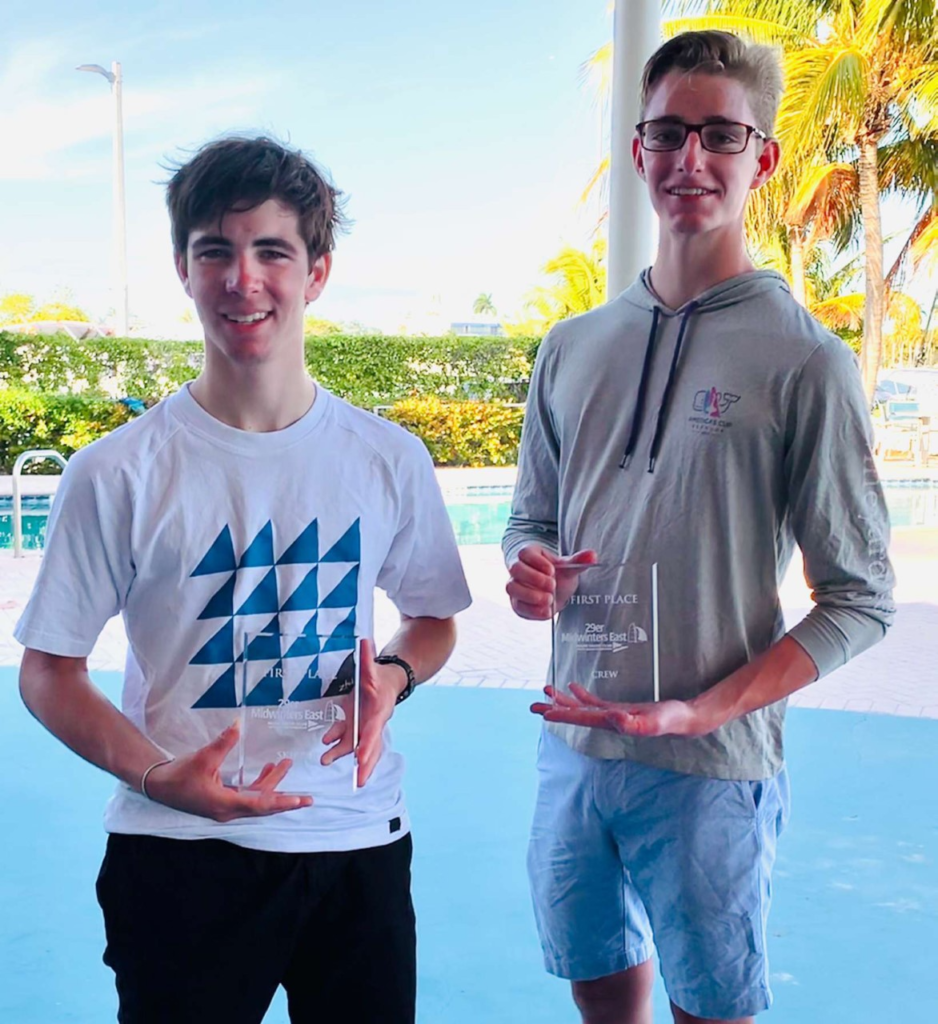 times, people have to travel far to get to training and competition. There’s three fleets, Greenwich, CT, Miami, FL and California. You can found your own team if you get enough people together, which is what I did in Greenwich. Or, you can buy a boat, train on your own and sail at large events, which is a great way to learn when there isn’t a large competitive sailing scene where you live. Access to coaching is another tricky aspect but as time goes on and you make connections in the fleet, you’ll find that there’s an abundance of 29er coaches looking for work so coaching is often very affordable. A lot of times, major teams travel to areas where there’s smaller groups of sailors which is a great opportunity for those sailors to get on the water when the teams are with them so wherever the teams go they leave people eager to sail 29ers in their wake.

In the northeast we only sail in the spring season because there are other fall sports going on so I’m only balancing one season of 29ers and high school sailing. The 29er sailing schedule is built around the spring high school season so there’s no 29er sailing in the spring. We train intensely in the fall and winter as well as over the summer in Europe.

While you’ve still got plenty of time in 29ers and high school sailing left, what sailing do you plan on doing after youth sailing?

I definitely see a potential in doing a 49er campaign. I’m also interested in the Nacra 17 and F18 catamaran fleets. I haven’t quite decided on what I want to do, right now I’m just focused on keeping my 29er team well and alive while getting good results for college sailing.