High Performance Racing takes Biscayne Bay
Miami, FL 1/18/2020 – It was a phenomenal weekend of racing for the 72 athletes who competed at the Skiff Generation Grand Prix presented by Kolter. The fourth installment of this event series was highlighted by competitive racing and top-level coaching, with an emphasis on Olympic development. 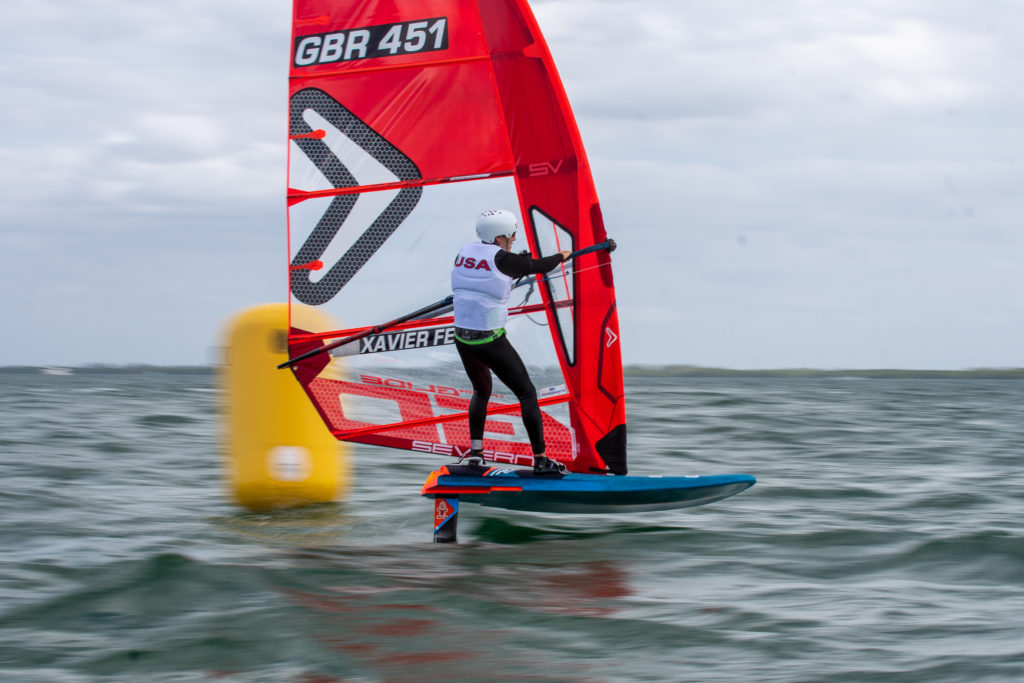 As athletes in the ​49er​and ​49erFX​used this weekend’s event as a final preparation for the Miami Olympic Classes Regatta, youth athletes in the ​29er​class, alongside the next generation transitioning into the​49erFX​ thrived while sharing the race track with Olympic hopefuls and topsailors.

29er: Griffin Gigliotti and Jack Welburn pulled ahead in the final race, against Clark Morris and Noah Zittrer to take the win in the 29er fleet. Third place went to JJ Klempen and Steven Hardee of the USVI.

49er: US Olympic Selection winners Nevin Snow and Dane Wilson bested a fleet full of both veteran talent and fiesty newcomers. Barrows and Henken of the US took second while the Belausteguigoitia brothers from Mexico grabbed third place, their first podium as a team.

iQFOil: This weekend’s event expanded to include the emerging fleet iQFOil windsurfers. As part of their US Foiling Tour, sailors competed against each other to cap off a week-long training block led by legend Gonzalo Costa Hoevel and US team coaches. In the 6 race series Noah Lyons took the win, followed closely by Geronimo Nores and Alex Temko in third. The Skiff Generation Grand Prix continues February 13-15 with its fifth regatta in tandem with the 29er Midwinters East. Thanks to event sponsors Kolter, Zig Travel, iUniforms, and 49er.ca. 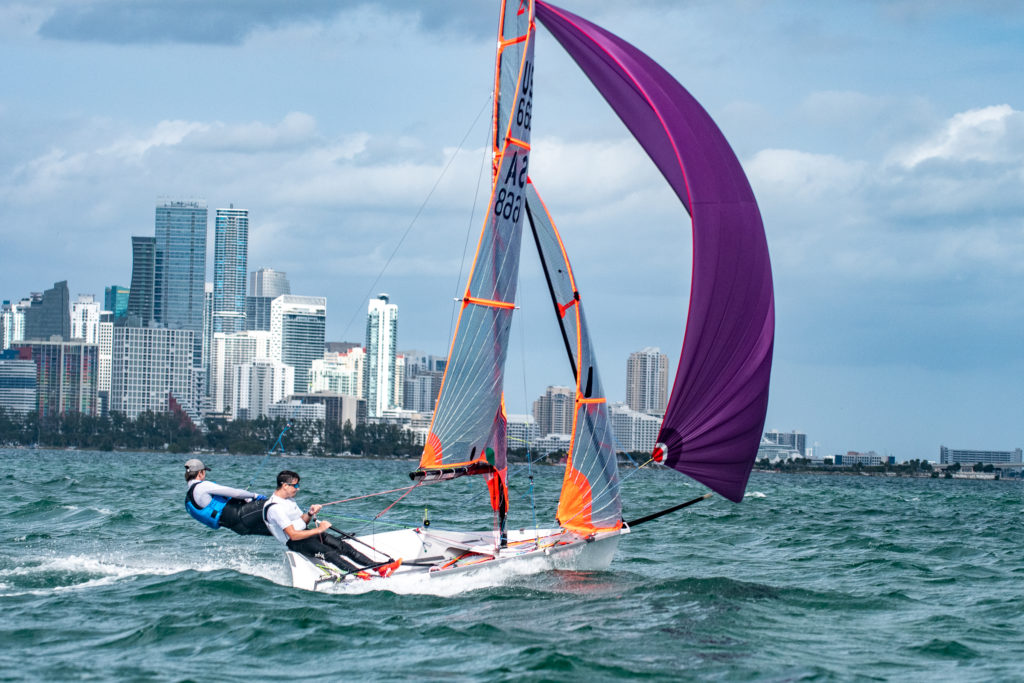 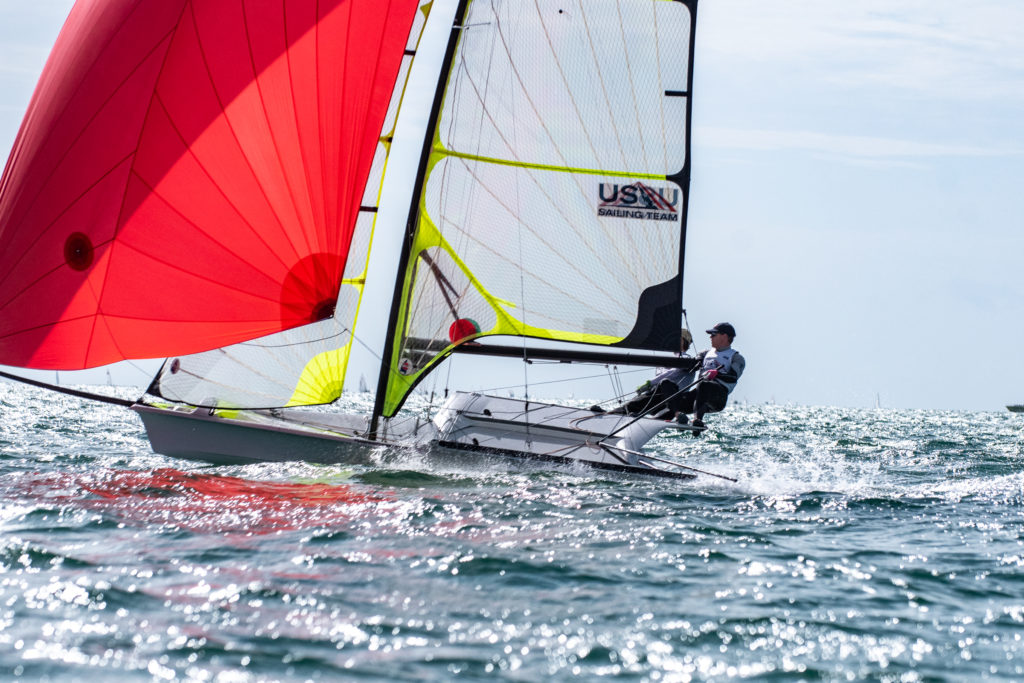 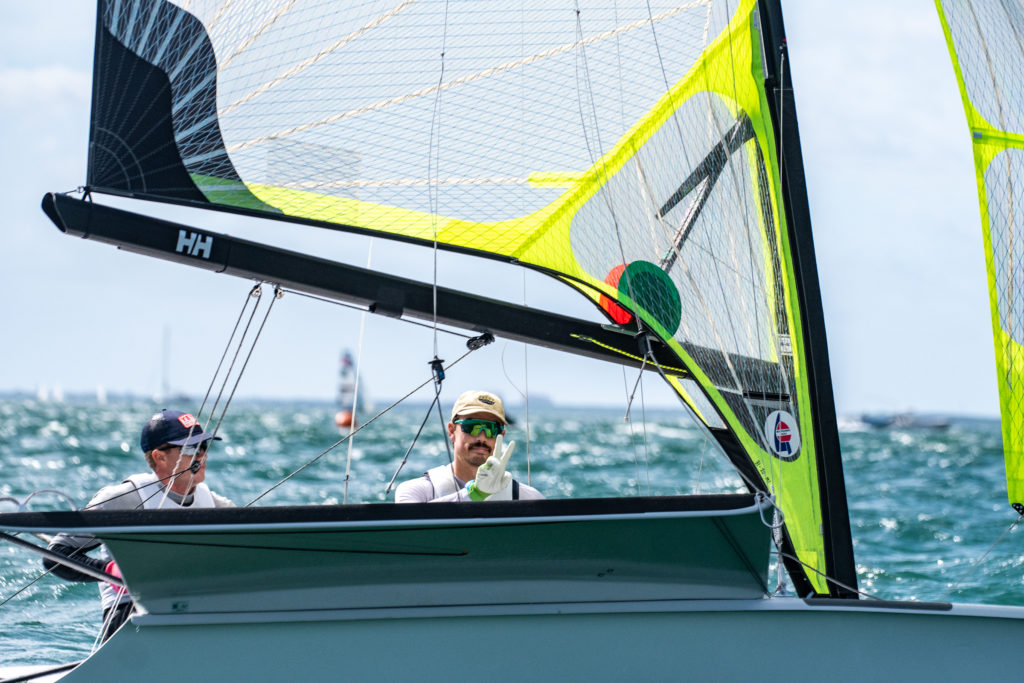 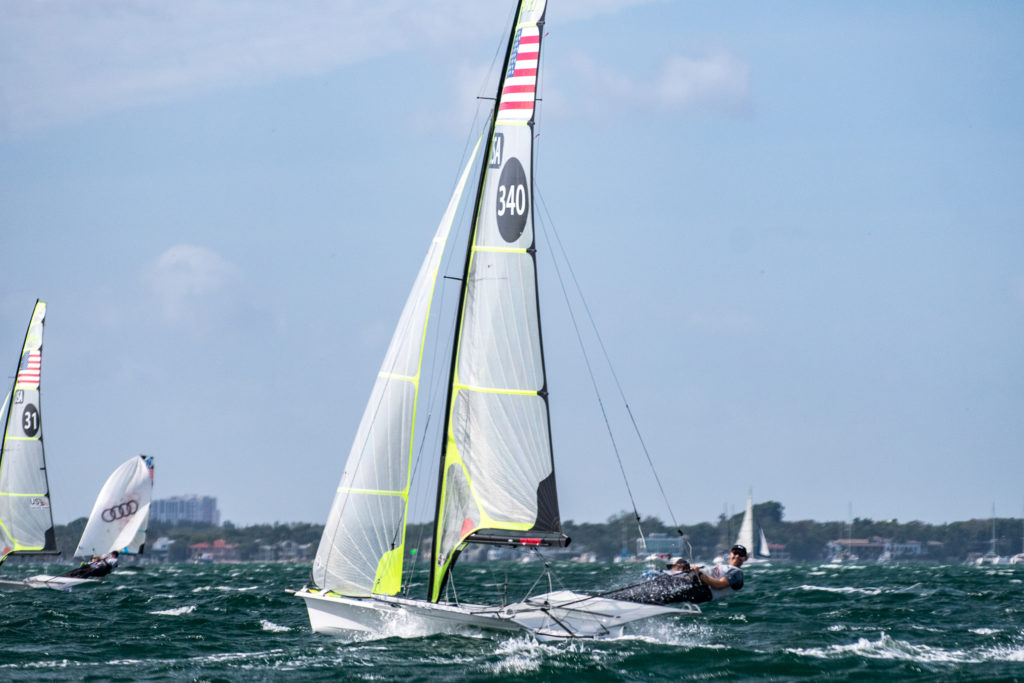