Close Mobile Navigation
Signup to Receive the latest news, events and Sailing jobs Via your inbox
You are here: Home / From the Experts / Tight Layline Management & The Art of the Shoot

By Airwaves writer Andrew Kerr
Picture this: A team is approaching the weather mark in 3rd place on a tight starboard tack lay line , it looks like that with some good sailing they will make it around the mark  ahead of 55 other teams and will be off and running with a good spinnaker set.
But then the situation changes quickly, the driver starts to get a little anxious and starts pinching, a port tacker ducks them and then tacks up on their hip preventing an escape tack and as the boat speed drops and the foils steadily stop lifting and in tandem with an ill-timed set of waves  the boat slides to leeward with no chance of making the mark , now the team is forced to jibe and duck all oncoming starboard tackers before finally getting in line again to round the mark  in 18th place . 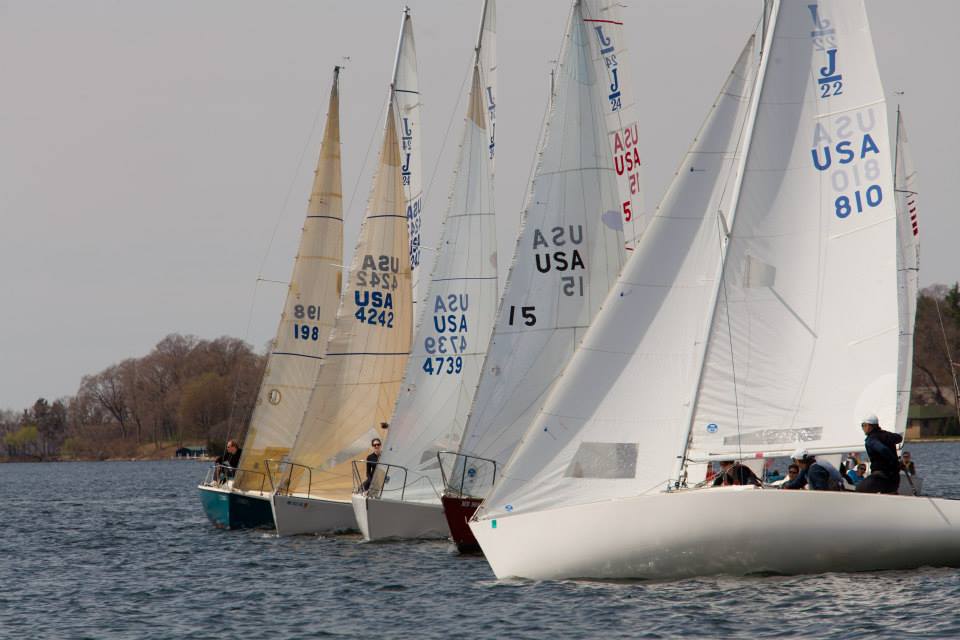 Sound familiar? It happens to all of us and it happens fast , it is  a very common issue in big and small fleets dealing with adverse current, on short beats and in flatter water and medium air (where fleet boat speed is very comparable) where there tends to be lot of traffic at the weather mark.
Interestingly enough – weather mark rounding’s tend to be a little   less complicated on long beats in big waves or heavy air as the fleet has a tendency to spread out more in these conditions due to a bigger difference in boat speed and boat handling skill.
Let’s explore the key elements of managing this scenario and ways to mitigate and reduce the potential issues that a tight lay line presents.

Conclusion:
With tacking practice, shooting head to wind practice and concise communication and heads up sailing from the team   it is rewarding for a team to make it around the windward mark successfully in a tight fleet as there is much to process  and consider in a short time.  The team being able to execute at this critical juncture in the race will help go a long way to solidifying  a good regatta or series finish.