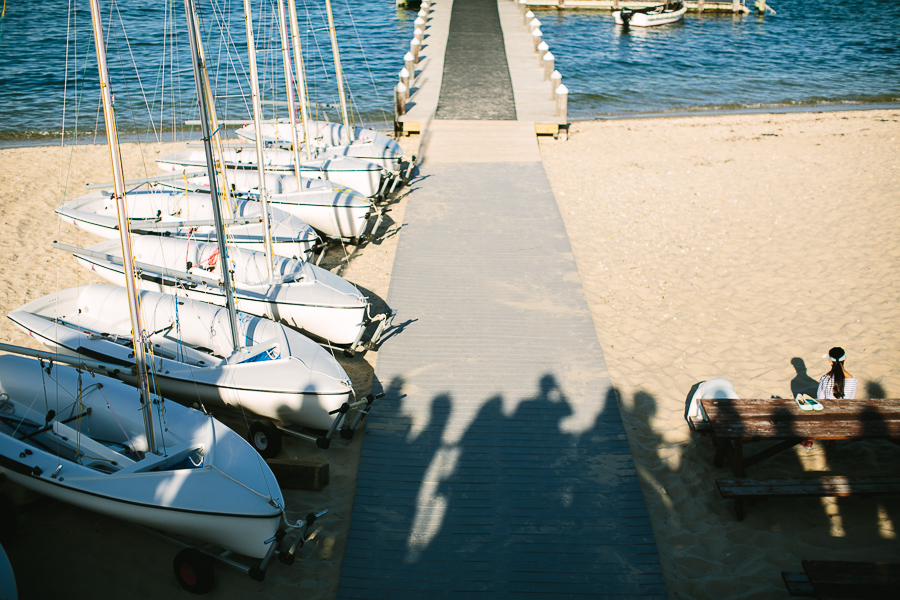 Vineyard Haven Yacht Club, located on the island of Martha’s Vineyard, Massachusetts is searching for a Sailing Program Director to oversee and advance our 2019 summer sailing programs. For more information and to apply, please see our job listing HERE.
Just about everything to do with the Vineyard Haven Yacht Club is not what you would imagine when you think of the word “yacht club.” No blue blazers, white trousers, or officer’s caps. Not even a clubhouse for the first twenty years of its existence. Just a crack sailing program that’s fielded three Olympic racers and captured an improbably large net tonnage of regional and national trophies going back more than seventy years – the North American Junior Championship six times between the 1930s and 1950s, for instance. The focus, from its first days on the water in 1928, has been on kids, on teaching them how to sail and race and letting them have fun along the shoreline. Its a wonderful way to grow up. You make lifelong friends.

Vineyard Haven Yacht Club was incorporated in 1928. The primary objective of the Club was and continues to be yachting with tennis, swimming and other sports and activities included as secondary objectives. The original building was owned by Charles Norton and was known as The Casino. It is on the beach at Owen Little Way in Vineyard Haven, Massachusetts. Mr. Norton owned an Inn on the corner of Main Street and Owen Little Way and leased the beach property to the Yacht Club for several years before the Yacht Club purchased the location. The Board of Governors looked for land or a building on the waterfront for a number of years. The original two-story building was condemned at the end of the 1966 season as unsafe. Tom Hale designed a one story building which opened for the 1967 season and lasted through 2008. The current two-story building opened for the 2009 season.