Marina del Rey, CA (May 5, 2019) —  California Yacht Club played host to the long running show known as the US Optimist Team Trials. (By the way, the CYC is Hiring!) Most sailors arrived at least 3-5 days in advance to practice and train for a highly competitive, nerve-racking four more days of championship sailing. There will be school make-up work to pay for this crowd!

The results of the US Team Trials in the Optimist Class annually determine the fate of the nations top young sailors, as the results are used from this one regatta to choose international teams, and who is invited to join the US National Team, and the US Development Team.

S1D’s Optimist expert Bernat Gali wrote several weeks ago about this Mt. Everest of Optimist events; check it out! Is this the best way to choose our top kids? Is it best for them? Would a compilation of several events be a better way? Who knows. The bottom line is that this event really can bring out the best in our sailors, but also can be enormously stressful, for parents, coaches, and kids. Host CYC did a tremendous job, along with the usual incredible work by the USODA.

This years RC performed flawlessly, executing exactly what was scheduled: 3 races per day. Given the fleet-separated nature of the class, this is no small feat, and this group should be commended for providing consistent, fair racing in a venue that offered varying 3-12 knot winds for most of the week. For competitors, the conditions required patience, lots of patience, some risk taking, gear-shifting, and overall very disciplined course management to be successful. In an attrition-style event such as this, one bad race leaves no room for error for all the rest.

With that one throw-out race, and as one might imagine, after all this competitive sailing, it came down to the very last race to determine the winner. While Samara Walshe put in a valiant effort, posting a 1-4 in the last 2 gold races, Tommy Sitzmann was able to make a stellar comeback in the final beat of the final race, rising from 20th early on to 7th at the finish to secure the overall win and earn the title of 2019 US Team Trials Champion. Sitzmann sailed most consistently over the 12 race series, and not surprisingly had the lowest throw-out race in the Gold fleet. Samara Walshe finished a well-earned second overall, followed by Gil Hackel in third. With two of the top three competitors still in “Blue” fleet, expect to see these names on top of Optimist leader-boards for some time! For full results, see the following links:
GOLD FLEET RESULTS             SILVER FLEET RESULTS 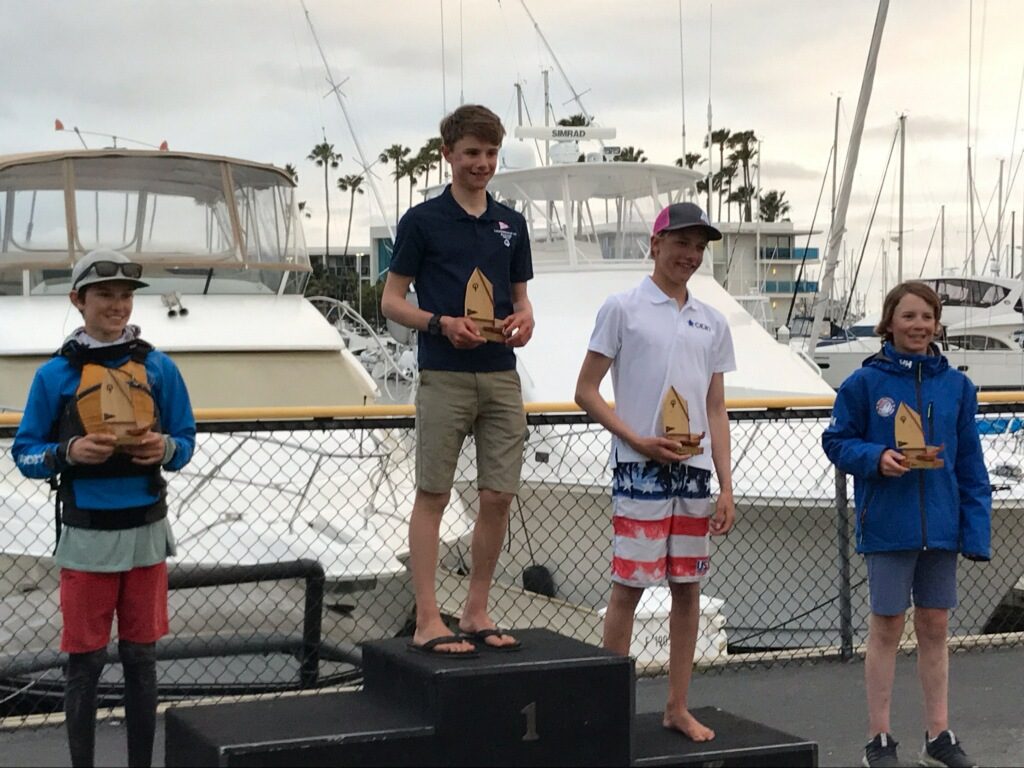