Close
You are here: Home / Archives for admin 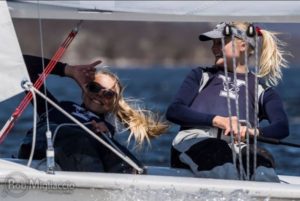 #7 Hobart and William Smith College won the MAISA Women’s Championship narrowly over #9 Georgetown University, 88 to 89 points, after 11 races in each division. The Herons of HWS sailed the 22 total race regatta well, collectively, winning B-DIvision with 47 points and finishing second in A-Division with 41 points, a combination typically good enough to win any regatta, let alone a conference championship.

Despite a strong start to the regatta, the Herons fell behind Georgetown in the middle of the event. Both HWS divisions were extremely strong, however, five of the six races scored outside the top-5 for the team, occured between race 3A and race 6B. During this stretch, Georgetown pulled ahead. HWS rebounded and notched 7 races inside the top-4 over the final 8 races of the event to win.

Georgetown’s Rose Edwards ‘18, with Olivia van den Born ‘21 and Meaghan MacRae ‘18 splitting time in the front of the boat, won A-DIvision with 38 points, 7 of 11 races with top-3 finishes. 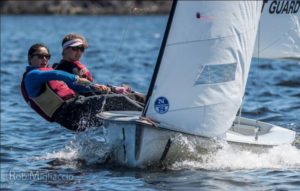 The NEISA Women’s Championship/ Reed Trophy is New England’s women’s conference championship and the qualifier for the national championship. The top-11 teams advance to compete in the ICSA semi-final regatta held at Old Dominion, May 22-23. Of the 17 teams entered in the event, 12 are ranked in the top-20 of Sailing World’s Rankings.

#3 Boston College won the event nearly wire-to-wire, finishing with 73 points after 9 races in each division, 22 points ahead of second place and #1 ranked Yale. The youngest team finishing in the top 5, Boston College showed that they’re more than ready to win a national championship.

Notably, Isabella Loosbrock ‘19 with Emma Perry won A-Division for the Eagles, 13 points ahead of the next best boat and beating some of the nation’s best in Baab, Rohde, and Klingler, staking her place among the best in the nation.

#2 College of Charleston won the SAISA Women’s Championship in Charleston. The one day event, consisting of 9 teams, advanced 4 team onto the ICSA Semi-Final regatta at ODU. Charleston, collectively, only had 2 races outside the top-3 and posted an impressive 11 firsts in 18 total races. They finished with 33 points, 7 ahead of runner-up University of South Florida.

Toppa ‘20 with Annabel Carrington ‘19 and Caroline Bracken ‘19 won A-Division, continuing an impressive season. Toppa, this season, sailing primarily with Carrigan and Bracken,, has yet to finish outside the top-4 in A-Division. Toppa, Carrington and Bracken only had one race that wasn’t a one or a two throughout Saturday’s Championship.

University of South Florida finished second, 7 points behind the home team, Charleston. Marina Barzaghi ‘21, sailing with Darby Capellin ‘19, Rachel Yannelli ‘19 and Delaney Brown ‘20, finished first in B-Division with 17 points. While Charleston’s B-DIvision, Paris Henken ‘19 with Liza Toppa ‘20 and Elizabeth Mignon ‘19, completed the regatta with 6 firsts in 9 races, USF’s Barzaghi, Capellin, Yannelli and Brown were more consistent, finishing, like Toppa and company, with only one race outside the top-2.

The NWICSA Coed Championships was won by University of Washington decisively. The 5 team, 22 race regatta sends the top-2 finishing teams onto the ICSA National Semi-Finals regatta and Washington showed they are the cream of the crop. Their A-Division boat of Hayden Potter ‘20 and Farzana Mohamedali ‘20 won all of the 11 races sailed in A-Division. Erik Skeel ‘20 with Audrey Jacobs ‘18 and Johanna Mannisto ‘18 won B-Division, but they scored 3 races that weren’t first. Washington won both A and B division by wide margins.

Finishing second and claiming the final spot for nationals was the Western Washington University Vikings, though, this qualifying spot was much more competitive. Finishing only 4 points ahead of Oregon State, Western Washington was losing to the Beavers after race 7B. The two teams stayed close throughout the event, never more than a bad set away from a lead change. Congratulations to both teams moving onto the ICSA Coed Semi-Final regatta.

August Sturm ‘19, Mason Wolters ‘18 and Colton Gerber ‘18 were the skippers for the Wolverines and Sofia Gambini ‘19, Michael Gapuz ‘18 and Sidney Thompson ‘18 were the crews that got the job done.

While the women were qualifying for nationals and the final team race slots were being filled, the coed sailors on the east coast were gearing up for their conference championships this upcoming weekend.

#1 Yale finished second with 107 points and #2 College of Charleston finished third with 110 points.

The regatta was cut short to a one day event as there was no wind on Sunday.

The Shelter Island Yacht Club, established in the summer of 1886, has the distinction of being one of the oldest clubs in North America. The founding members were business and professional men from Manhattan and Brooklyn who had summer residences in Shelter Island Heights. Their purpose was to further recreational sailing, racing, water sports festivals, extended cruises, and social fellowship.

For nearly 50 years, the Shelter Island Yacht Club fleet remained a miscellany of elegant steam and sailing yachts of all sizes. The original clubhouse, built on Chequit Point in lovely Dering Harbor in 1892, was little more than one large room completely girdled by open verandas furnished with stout rocking chairs.

As the membership gradually grew to 250, the clubhouse sprouted numerous additions to provide better galley, dining, dancing, and docking facilities. A Junior Yacht Club, organized in the late 1920s, acquired a home of its own in 1958.

The hallmark of the club since World War II is a solid commitment to junior sailing. Each summer of late, over 100 children participate in the club’s Junior Sailing Program.

In 2008 our own Amanda Clark and her crew, Sarah Merganthaler, competed in the 2008 Olympics in China in the International 470 class. Clark returned to the Olympics in 2012 with new crew Sarah Lihan.

To learn more about working with SIYC, visit our job ad HERE 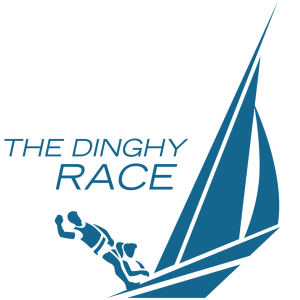 SECOR Volvo Race in previous years, is back on July 12 and 13, 2018.  The one-of-a-kind race is modeled after the Volvo Ocean Race, and allows participants between the ages of 12 and 18 to sail a 20-mile boat race around Fishers Island Sound in an experience normally reserved for older world-class skippers.

This is MORE THAN a worthwhile event to help kids love sailing more.  Trust me that anyone you recommend this to will thank you for getting them on board.  It’s going to be great!

“As a junior regatta, The Dinghy Race provides kids with the opportunity to race in a completely different style. It’s really cool to see junior sailors work on navigation, strategy, and tactics in a day long distance race that is broken up into several shorter races. Parents get left at the dock and the kids go sailing. The concept of a junior regatta, that by default, puts the kids in charge is important for developing responsibility when the parents are left back on the mainland. Sailors spend the night on Fishers Islandwith an evening at the infamous Pequot Inn, where coaches have as much fun as their kids. The Dinghy Race is truly a regatta that sets the standard for junior sailing events.”

And if you missed it check out this video Volvo did for us!