Close
You are here: Home / Archives for womens keelboat sailing

By Airwaves writer Pearson Potts– As dinghy team racing has lulled in recent years in the U.S., young, post-college sailors have substituted dinghies for inter-yacht club keelboat team racing. There is a circuit of roughly 30 events each year between yacht clubs in the northeast for varying levels of crews and skippers. Unfortunately, those who do not join a club to compete I have noticed often fade away in local PHRF series and keep a low profile. The problem is that these keelboats, such as Sonars and J22’s, don’t sail well with 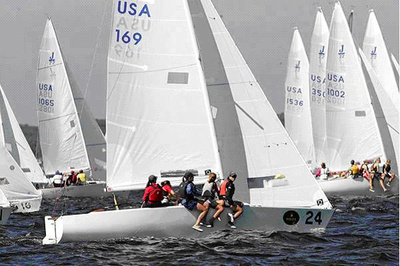 the slim female crews that dominated college sailing. The incentives for crews have seemingly flipped –where crews were rewarded in college for being lighter, they are now asked to be heavier. The boats want to be sailed flat and the sails require more strength to be pulled in compared to a 420 jib. Event organizers know this and set the maximum crew weight in the NOR to allow larger sailors. As a result, teams edge as close as they can to the limit to hit the high average per crew member which are typically male. These high averages crowd out talented female sailors from ever sailing in such events.

I personally do a fair amount of yacht club team racing and match racing during the spring and summer. I find myself in the privileged position of skippering many of the events for my yacht club and commanding my own match race team. I have the difficult job of selecting crew for many of our events that requires balancing schedules, skills and availability. But the part of crew selection I hate most is evaluating strength and especially weight. Some individuals simply will never fit on a program, regardless of their skillset due to their weight. There are countless talented past All-American college crews that have no place being on a keelboat for reasons they cannot control. Instead, it is the rules of the event set by organizers that control whether women sail.

I often find myself in a difficult position having to choose between sailing with my adept college All-American girlfriend crew and sailing with someone who weighs more and is stronger. Before you criticize me for obviously breaking the cardinal rule of sailing know that she herself is no slouch with numerous awards in the international 420 and other youth sailing classes. Of course I want to sail with her, but that would put the rest of the team at a disadvantage while we try to compete against heavier, stronger teams. In the end, my crew choices are a slower boat or a pissed off girlfriend –a lose-lose situation. I used to tell her don’t hate me, hate the game, but now I tell her to change the game. 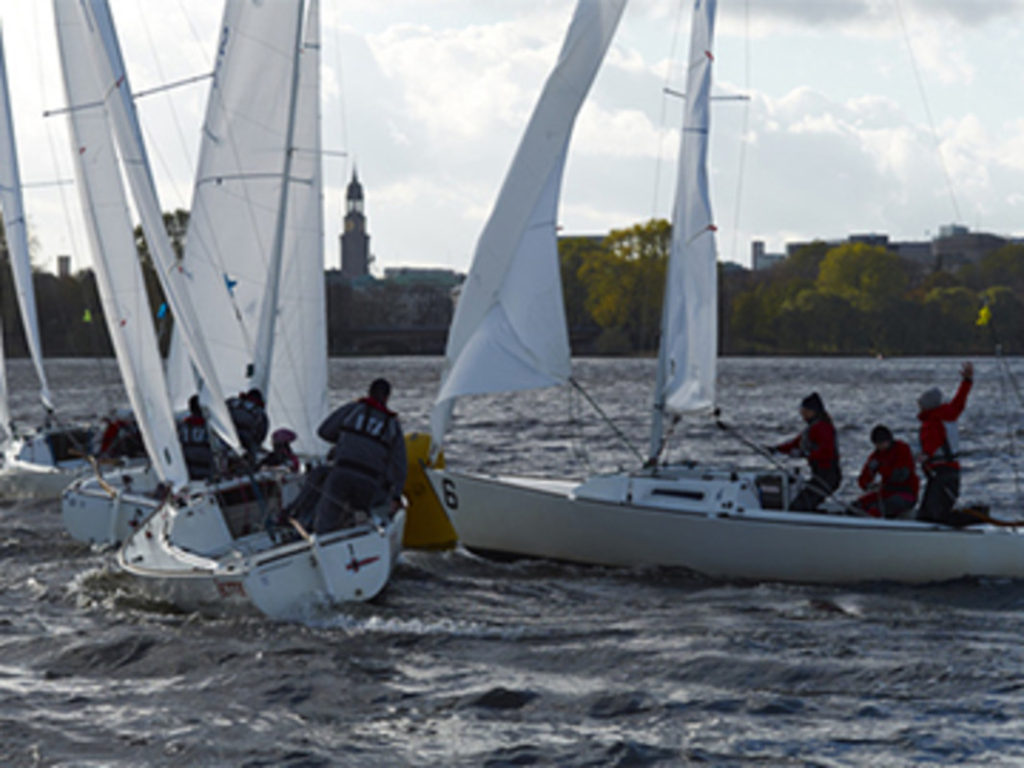 It is not only about my girlfriend or females in general though; weight is the core of the issue regardless of gender as we know is largely determined by our genetics. I enjoy sailing with my friends who happen to be a bit runty, thus I rely on competing in match race events where I can afford an extra crew member on board. I competed at the Ficker Cup in Catalina 37’s this year where the crew maximum mirrored the Congressional Cup that capped the maximum number of crew at 6 people with an average of 192 lbs. Forget females, it is not easy to find male sailors my age at that size. Come to think of it, I don’t recall a single female on any boat at the event despite it labeled as an “Open” regatta. According to the CDC, the median weight for males aged 20-29 in the U.S. is 168 –for women it is 132 lbs. The question is how can sailing adjust to accommodate such weights.

The solution to include more female sailors is in the hands of regatta organizers because they are the ones that draw up the NOR’s. In turn, the NOR controls the composition of teams to include both men and women by setting the weight maximum and crew maximum. Organizers are the ones that have the power to incentivize or mandate teams to include women. Yacht clubs could simply encourage their teams to include women, but that is like herding cats. Regatta organizers need to mandate that a proportion of a team be female to help level the playing field. They could also lower the weight limit to decrease the average weight per crew member and or increase the crew maximum. Sure the boats may not sail as well with women with typically less upper body strength, but I do believe it would create a level playing field for all genders.

Regatta organizers should also look towards the Olympics for inspiration. The Olympics has mandated the mixed classes such as the Nacra 17 and women classes including Radial, 49erFX, and Elliott 6M in 2012. Rather than organize events as “Open” classes the International Olympic Committee mandated both mens and women’s events for the ‘08 Athens games to forcibly level the playing fields for both genders. 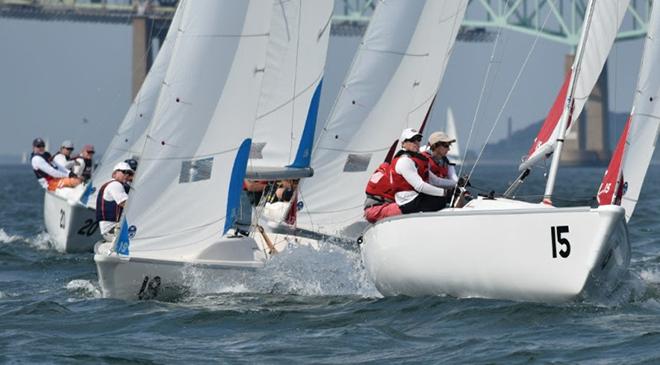 Let’s remember though that most of us are not Olympians and instead weekend warriors staving off the 40-hour work week to compete in the yacht club team race events. A small faction of brave women at New York Yacht Club is leading the charge. Women are now required to represent a third of the team at the prestigious Morgan Cup whereas there was no requirement only a few years ago. Moreover, the new IC37 class is required to have two corinthian women on every boat. Hopefully other clubs have noticed and began to consider changes themselves.