Close Mobile Navigation
Signup to Receive the latest news, events and Sailing jobs Via your inbox
You are here: Home / News / Brown University to Cut 11 Sports… But Elevates Sailing Team to Varsity…!

Last week, Stanford U. shocked the athletic world when they announced they were cutting several sports teams, including sailing. Now, today, Brown University followed suit… and the sailing world, ironically, is ironically a beneficiary of this move, as sailing was a club sport at Brown. Now, against the current, sailing was actually elevated to Varsity status at the RI Ivy League School. Wow. Sailing at Brown, like so many Ivy league schools, is a popular and competitive sport. In fact, Brown Head Sailing Coach John Mollicone was just awarded with the S1D/Sailing Anarchy Coach of the Year, a prestigious award earned from his dedication and on-the-water success. “The women’s and coed sailing teams, which were previously club sports, were promoted to the varsity level, after considering Brown’s location in Providence, R.I., which has “one of the best sailing bays in the country.” (quote from insidehighered.com)

The plan completely reshapes Brown athletics, eliminating 11 varsity sports and promoting two others to varsity status. University officials said the move will increase its competitiveness in the Ivy League, but athletes whose programs were cut said they were completely blindsided by the decision. And some people in the collegiate sports community are questioning if the decision will diminish racial and socioeconomic diversity in the university’s athletic programs over all.

Brown had 38 varsity athletic programs, the third most in the nation, but earned the fewest number of championship titles in the Ivy League between 2008 and 2018, according to a press release announcing the decision. ​The high number of sports programs has “hindered our ability to fully achieve” one of the main goals of Brown athletics: to be successful in competition with Ivy League peers, President Christina Paxson said in an email to Brown students and staff members on May 28.

“While many of us have seen recent announcements about reductions in athletics programs at other universities in the wake of novel coronavirus, this initiative at Brown is not a measure to reduce budget or an effort to contend with the financial impact of the COVID-19 pandemic,” Paxson said. “Rather, it’s an opportunity to invest even further in advancing excellence in our full lineup of sports programs.”

After a university committee of Brown alumni reviewed the university’s athletic competitiveness and other factors, such as diversity and inclusion, roster sizes, and the quality of facilities, it concluded it was no longer viable for the university to support certain sports, the press release said. The cuts included men’s and women’s fencing, golf, and squash, women’s skiing, women’s equestrian and men’s track and field and cross-country, which is considered three separate programs for the purpose of counting equal athletic opportunities for men and women under Title IX, the law prohibiting sex discrimination in federally funded institutions. The women’s and coed sailing teams, which were previously club sports, were promoted to the varsity level, after considering Brown’s location in Providence, R.I., which has “one of the best sailing bays in the country,” Paxson said. 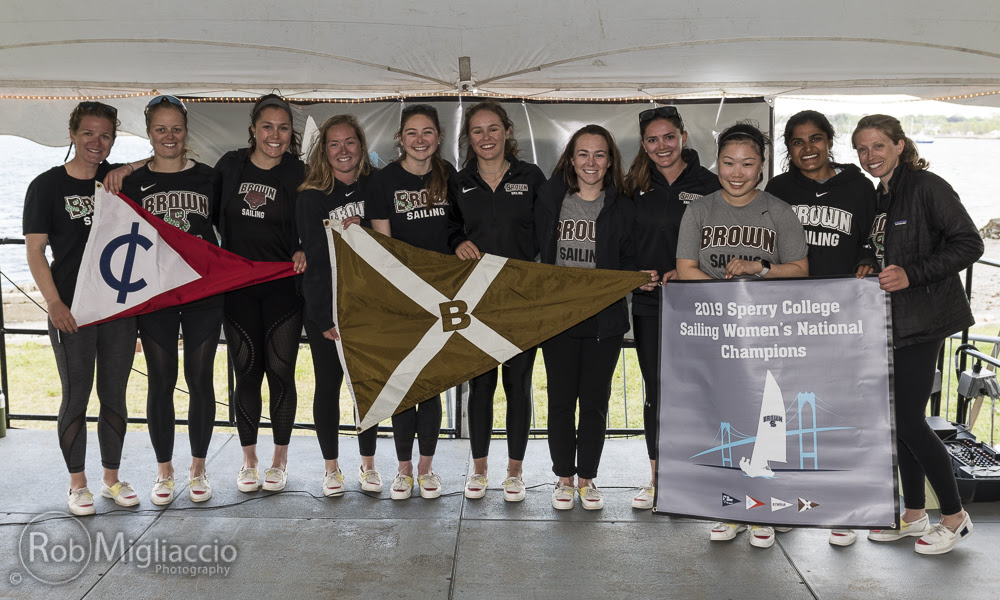 Brown will continue to recruit the same number of athletes, and the athletic department will see no budget reduction, the press release said. But cutting the number of varsity programs will allow operating expenses from the removed sports to be “allocated strategically” elsewhere in the athletic department, Brian Clark, assistant vice president for news and editorial development, said in an email. The primary purpose of the restructuring is to streamline athletics resources into the most promising programs.

“It’s a strategic opportunity to invest even further in advancing excellence in Brown’s full lineup of sports programs,” Clark said. “There will be no budget reduction or savings, and that’s intentional.”

A statement from the Ivy League, the intercollegiate athletic conference in which Brown’s teams compete, said the league “recognizes the various considerations that led to the difficult decisions” to restructure Brown’s athletic department.

“Brown continues to offer one of the most broad-based athletics programs in the country with 29 varsity teams and shares the league’s commitment to providing a world-class academic and athletic experience for student-athletes,” the statement said. (quoted from insidehighered.com)