Close
You are here: Home / Archives for Sail1Design Editor

After another two weekends of blistering competition (ICSA weekends #8 and 9), we bring you an update to the ICSA TEAM RACE RANKINGS, COED and WOMENS.
One of the bigger “up” moves this week comes from 45 Memorial Drive, Cambridge, with the Harvard Crimson working up five spots from 9 to 4. (On the rankings page, hit the “Historic Data” button to see each teams rise and fall so far this season).
Overall, the top teams are starting to shine…. brightly. In the “Fowle Trophy” of team racing (if there were such a thing) currently Yale holds the #1 & #3 spots in COED & Women’s, respectively, while Stanford would tie them at #2 and #2. After that there are a ton of great teams, many of which can win on any given Sunday.
Thanks to our panel of coaches; Ken Legler (Tufts), John Mollicone (Brown), Thomas Barrows (Yale), Esteban Forrer (Jacksonville), Michael McBrien (King’s Point), Chris Klevan (Stanford), and new panel member Isaac Clark (Penn). 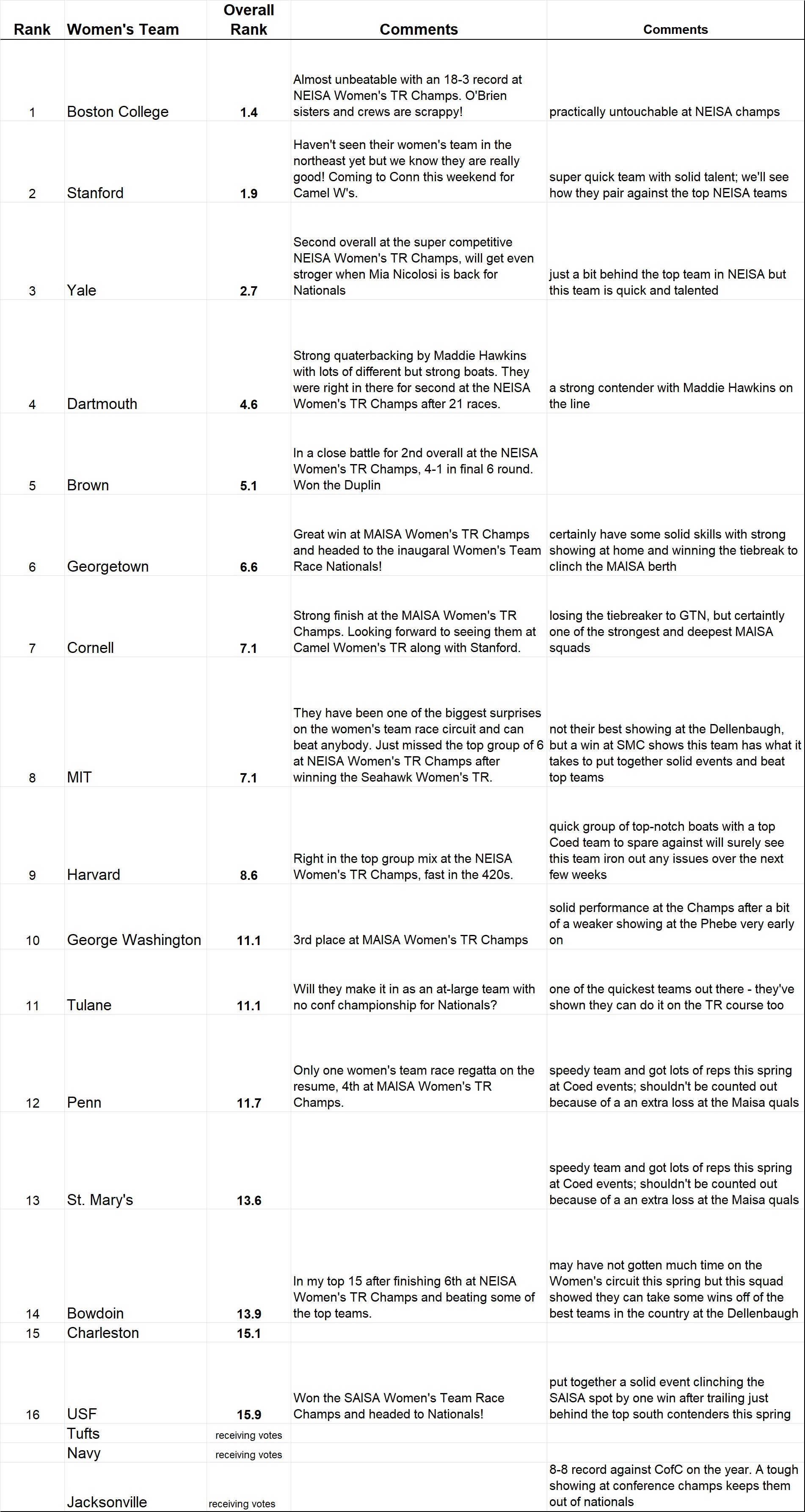